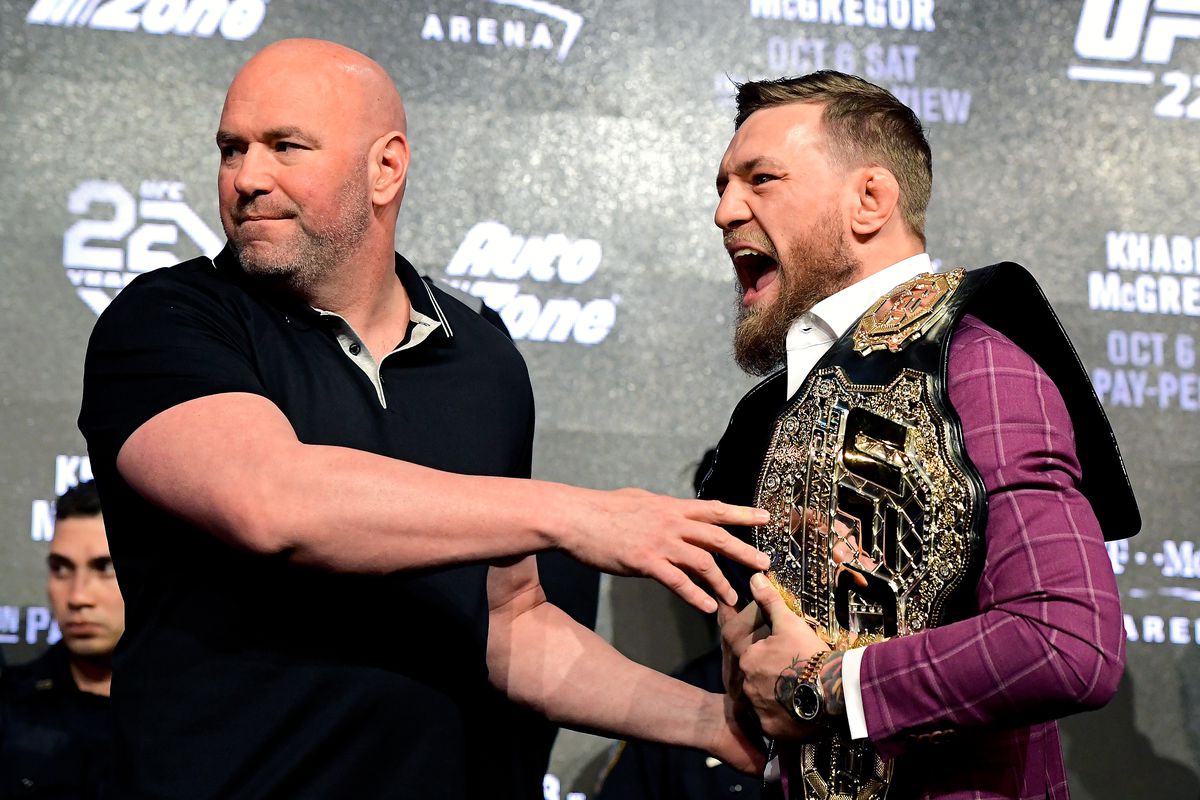 Dana White was not one of the masses of people who were shocked by Conor McGregor’s retirement announcement. In fact, he said recently that he had not expected McGregor to fight after the Floyd ‘Money’ Mayweather bout. In an interview with TMZ Sports, White revealed that he and McGregor had exchanged texts about McGregor owning a share of UFC.

Dana White said that while there was a lot of speculation about Conor McGregor retiring as a negotiating ploy, he did not think so. In fact, he said that they had not even been negotiating that hard. White further revealed that he had told McGregor via a text recently, that there was no chance of McGregor owning a share in UFC.

“A lot of people were speculating that it [the retirement announcement] was posturing because of negotiations, but we really haven’t been negotiating that hard. He said that [he wanted a UFC share] in Chicago. I saw that and he sent me a text. He said, ‘I feel like I should own a piece of the company.’ I said, ‘Conor you know that’s never gonna happen.’ This was a couple weeks ago.” – h/t Sherdog

He revealed that a face to face sit down meeting had never occurred between them about the topic. White also said that if McGregor had to buy a share of UFC, he had to do what anyone else with similar aspirations would have to do. He would have to put up money to buy a share in the company.

For now, there’s no further news if Conor McGregor has actually retired or not. Until new reports emerge, it has to be assumed that he is done with MMA.

Previous articletest
Next articleColby Covington on his future fight against Kamaru Usman: It’s going to look like a professional vs. an amateur