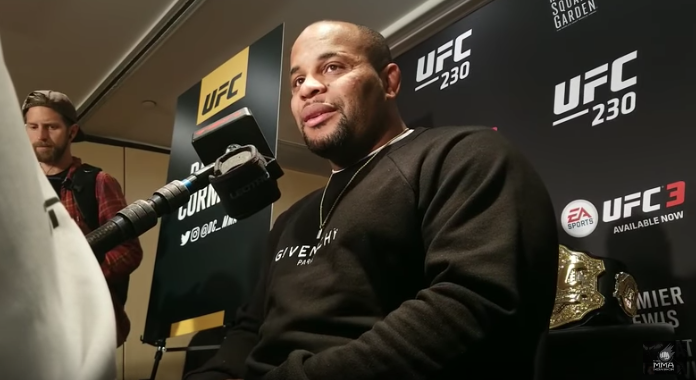 The UFC’s only current champ champ Daniel Cormier made a piece of history at UFC 230 when he became the first man ever to defend two titles in the UFC (DC currently holds the light heavyweight as well as the heavyweight titles). Cormier defeated Derrick Lewis in the the second round via a rear naked choke. Later in the post fight press conference Cormier revealed that he was on the verge of pulling out of the fight because he sneezed to hard the morning before the fight and slipped his back in the process. 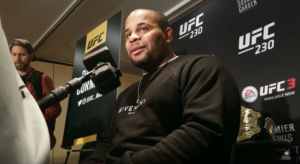 Cormier’s revelation came as a bit of a shock for the journalists present and for the fans as well. Because Cormier injury himself due to sneezing too hard is arguably one of the freakiest injuries in the UFC’s history. However, thankfully, the champ champ was able to recover on time after taking a quick nap. Here’s what he had to say:

Yeah, I hurt myself this morning really bad. Sometimes I hear people talking about me that when is this guy gonna get old. And trust me it did happen this morning when I sneezed and I slipped my back out (laughs). I was hurting really bad.

It got so bad that Bob Cook told me that if you are not getting any better then we might have to make a decision about you fighting or not. But I told them that just let me sleep for a while I might feel better then. Thankfully, I did recover.

You can watch Cormier’s interview below: