Daniel Cormier and Conor McGregor go Back and Forth on Twitter 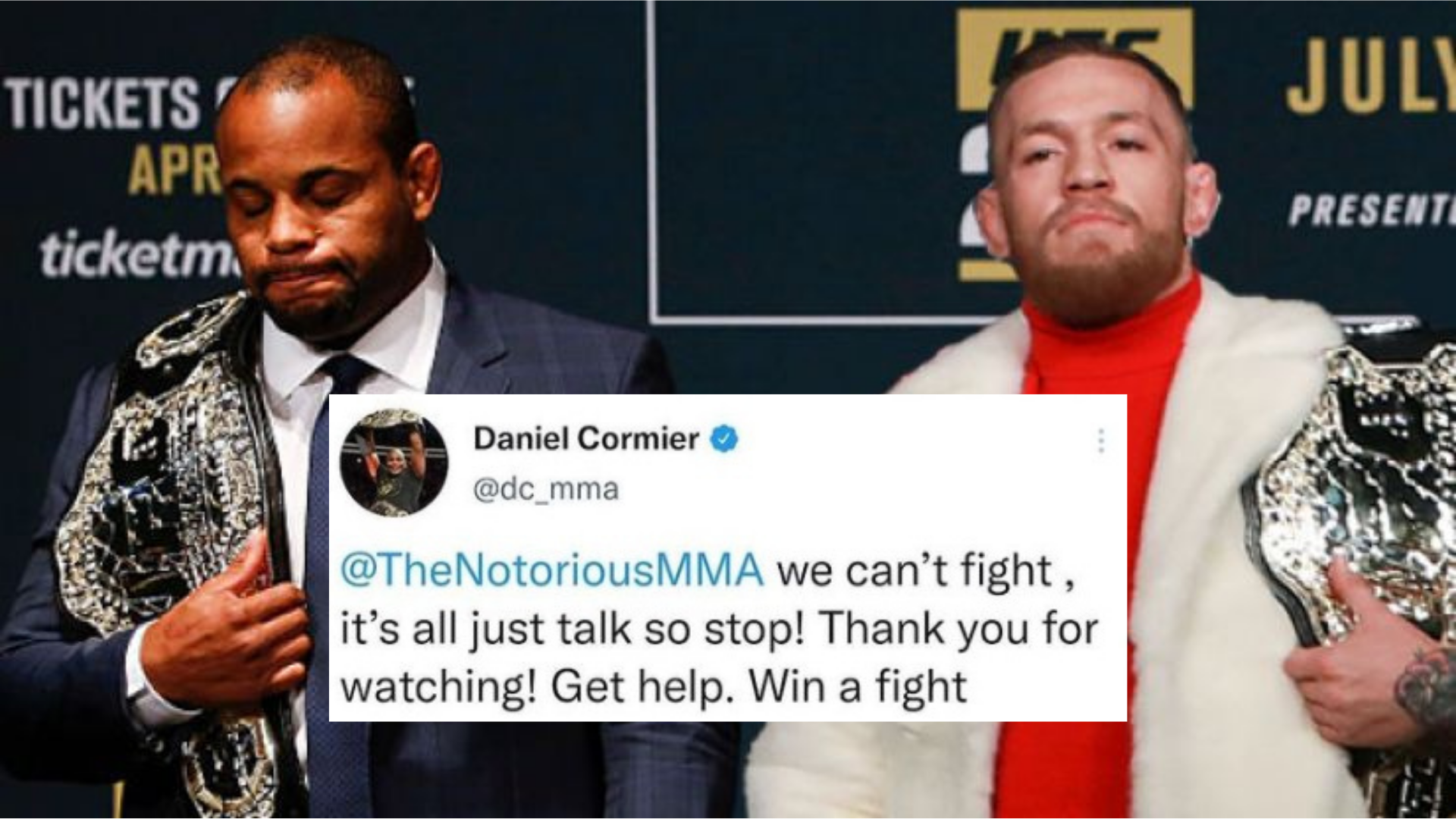 Former UFC Two division champions Conor McGregor and Daniel Cormier have become the latest rivals in the UFC irrespective of their weight class and are firing shots at each other on Twitter.

UFC superstar Conor Mcgregor has now generated a new beef with retried MMA fighter and MMA analyst Daniel Cormier. The dispute between the two started after Conor tweeted against Khabib and his dead father. Conor in his tweet said “Covid is good and father is evil?”  then deleted it on social media. Cormier believed McGregor “crossed the line” in tweets recently directed at Nurmagomedov. “I think when stuff like that is being said, I think it’s a cry for help,” Cormier stated on his ESPN show “DC & RC.” Conor first tweeted about the leg kick comments by DC.

Responding to these tweets DC commented on it on his ESPN show.

“It’s much easier for me because I work at ESPN,” Cormier said about McGregor on his video podcast, DC and RC (via MMAFighting). “We have a department that does that, that can get every one of the kicks that Conor did get checked.

Conor didn’t waste time again to fire shots at DC again talking about his professionalism and comments on the fight. Just like usual Conor tweeted and deleted the post.

“Daniel Cormier is a fat mess. Getting into worse condition by the day. God bless him. Showing up drunk at media events the very day before he was in the booth calling my fight. Drunk at a media event working? The day before being a commentator on the biggest fight in history?”

“@dc_mma Your back situations just mental too. Your weight and way of life is abysmal. And now drunk at work the day before you commentate a McGregor event? Pitiful. Congrats Jon on his head kick KO anniversary over you. Good always defeats evil? Wasn’t sure you were evil. Fakes.”

Conor Mcgregor was referring to Daniel Cormier’s drinking alcohol segment during UFC 264 weigh-ins. But DC’s co-workers stepped up to take his side and revealed that none of them was drunk that day.

I can assure everyone he wasn’t actually drunk. DC is a funny guy and he was having fun. He’s twice my size, we drank the same amount just as fast (well, almost lol) and I was fine. He was joking around. He’s a true professional on all levels. https://t.co/WXbVazrnN8

“I can assure everyone he wasn’t actually drunk. DC is a funny guy and he was having fun. He’s twice my size, we drank the same amount just as fast (well, almost lol) and I was fine. He was joking around. He’s a true professional on all levels.”

“@TheNotoriousMMA we can’t fight, it’s all just talk so stop! Thank your for watching! Get help. Win a fight”

What do you guys think of this new rivalry?

Previous articleJake Paul says Dana White promotes him as “the No. 1 fighter in the UFC”
Next articleJustin Gaethje wants to fight Dustin Poirier after Michael Chandler