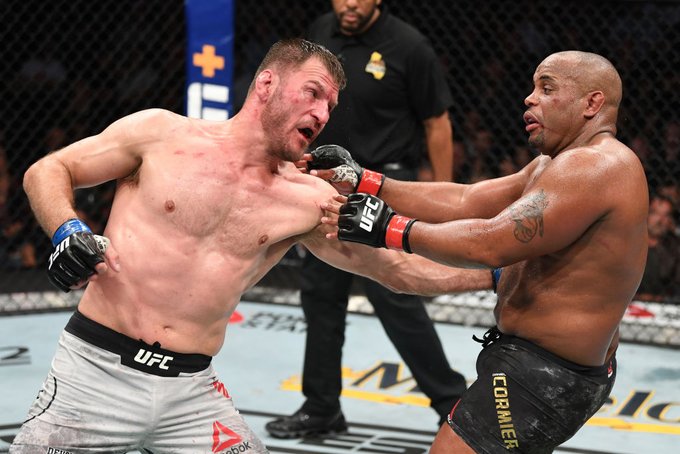 Last month, Stipe Miocic became the two-time heavyweight champion of the world by knocking out Daniel Cormier in the fourth round at UFC 241 in Anaheim, California.

Miocic adjusted the game plan perfectly after being behind on all the three judges scorecards for the first three rounds. He dug Cormier’s body and later followed it up with hard right hand to the top which dropped Cormier and then he rushed with combinations until the referee had to step in and stop the fight. 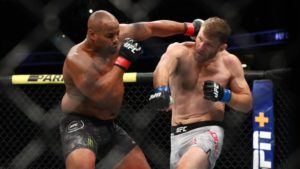 After the fight many expected Cormier to retire from the sport, but he was adamant as to not making abrupt decisions and today at Ariel Helwani’s MMA Show, he confirmed that UFC has approached him for a trilogy fight.

“Next one will be the last one, but it has to be Stipe. No one else matters.”@dc_mma tells @arielhelwani he plans to retire after a trilogy fight with Stipe Miocic pic.twitter.com/KrOD2c2lVB

“I’m gonna fight this guy [Stipe Miocic] again,” Cormier said. “My intention is to fight him in the right way and hopefully that’s enough to get my hands raised and win or lose I am not fighting again, so this will be the only time I will be stepping foot inside the Octagon again“, He said.

He also said that he will step in to fight only Stipe Miocic and no one else and that UFC wants to make that fight happen.

“Next one will be my last one, and it has to be against Stipe and no one else matters……and Yes they [UFC] want to make the fight….they want me to fight Stipe again….it was a fantastic fight for all the wrong reasons, it didn’t have to be a fantastic fight but it was and I am not saying that I can just go grab Stipe Miocic and throw him down wt will, but I can go a lot of things better than I did on August 17,” Cormier said.

Although there isn’t a date finalised, it revealed that he will be willing to fight him on December 14 at UFC 245 in Las Vegas.

Previous articleAmanda Nunes responds to being labelled a ‘transgender’ by Russian outlet
Next articleJDS heaps praise on ‘number one guy’ Jon Jones; says HW is open to him