Former two division UFC champion Daniel Cormier has outlined the way for Nate Diaz to come out victorious against Khamzat Chimaev at UFC 279 and says Diaz has to take the fight to the ground.

Nate has to go find his spots to give himself a chance: Daniel Cormier

Diaz is set to fight out of his current UFC contract against Chimaev this weekend at UFC 279 in Las Vegas. The Stockton superstar is coming off two back to back losses against Jorge Masvidal and Leon Edwards in his last two outings in the Octagon.

While many have criticised the promotion for putting up the weathered 37-year-old Diaz against Chimaev, one of the toughest 170-pounders in the world right now, its needless to say that returning to winning ways is vital for Diaz, and Daniel Cormier wants to give him some pointers. 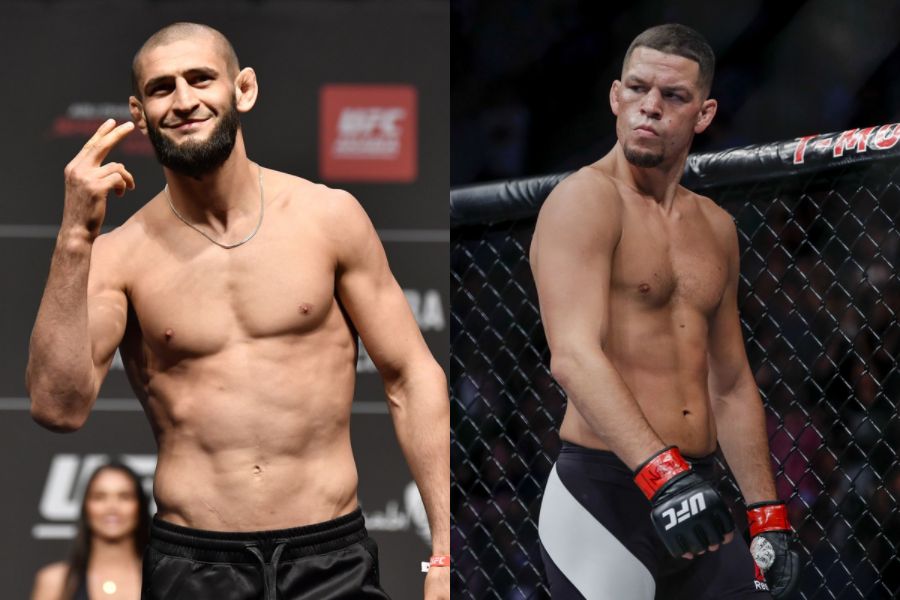 Speaking on his DC and RC podcast, the former Light Heavyweight and Heavyweight champ envisioned himself as the coach of Diaz, who is going into the Borz fight as a massive underdog. Cormier, who earlier called the fight a ‘mismatch‘, feels Diaz needs to take the fight to the ground and find spots in the bout to give himself a winning chance.

“I will move into the area of [a] coach. If I’m Nathan Diaz’s coach, I’m saying let’s get this fight to the ground,” said Cormier, “Let’s look for submissions because Nate can box with anyone, but I feel the power might be a problem for Nate. Because Chimaev is really big… For a welterweight, he’s so big and strong. If I’m team Diaz, I’m trying to get this fight to the ground, or I’m looking for submissions the moment I go down.”

“Maybe, time a guillotine when Chimaev goes in for a shot. But, I believe Nate has to go find his spots to give himself a chance. Nate can beat you from the boxing, Nate can box anyone. But the impact in the strikes will belong to Chimaev, in my opinion,” added DC. [H/T BJPenn.com]

Do you agree with Daniel Cormier? Who do you think will win at UFC 279? Let us know in the comment section below.