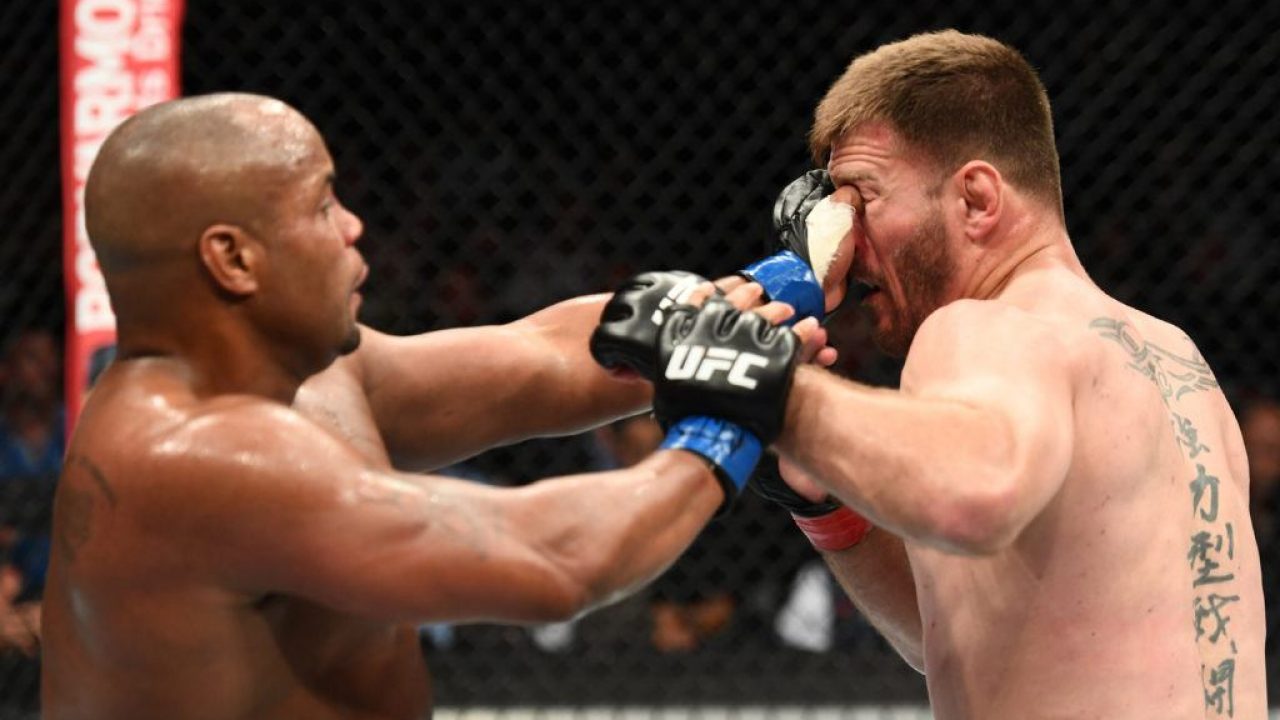 Former double champ Daniel Cormier will take on heavyweight champion Stipe Miocic in a much anticipated trilogy at UFC 252 on August 15.

The winner, according to many, will walk out as the best heavyweight to have ever existed. However before that, Cormier wants to address an issue which presented in both of his fights against Miocic – eye pokes! He has always been on the receiving end of eye pokes however this time around he was the one inflicting them. That obviously did not go well with the MMA community. 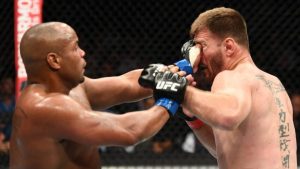 Speaking in an interview, ‘DC’ cleared the air on the topic. He also laid out potential reasons behind is eye pokes.

“I’m not purposely doing that,” Cormier told MMA Fighting. “I’m not purposely poking him in the eye. That first fight, I kind of poked him in the eye but the issue with that was sometimes when I spar and because I’m shorter, I have the 16-ounce gloves, I can kind of flick my hand towards guys and hit them when they’re a little bit out of range. I think that’s what happened the first time.

“The second time, once I think my knuckle got jammed into his eye but that’s not a finger,” Cormier added. “I kind of punched and the thumb was tucked into a fist but the knuckle got him in the eye.”

Cormier eplained he would never intentially do that!

To elaborate his explanation further, he gave an example of fellow co-worker, former middleweight champion and Hall of Famer, Michael Bisping. Bisping suffers vision problems due to a gruesome eye injury and Cormier would never do that to anybody else.

“One of my friends and co-workers deals with that, Michael Bisping. I don’t want to see another guy having to deal with that. That’s crazy. I’m not trying to poke this guy in the eye.”

Cormier first took on Miocic at UFC 226 back in July 2018. He pulled off a huge upset by knocking Miocic out in the first round to become the UFC light heavyweight and heavyeight champ. He then took on Miocic in a rematch at UFC 241 in August 2019. After a dominant start, Miocic started put him apart with body shots. After landing a combination of 10-11 body shots, Miocic closed the show via fourth round TKO.

Cormier would love to have the last laugh before hanging his gloves.

Previous articleKhabib Nurmagomedov earned a mindblowing ₹125 Crore in the last year!
Next articleUFC News: Tyron Woodley reveals what his plans for 2020 are