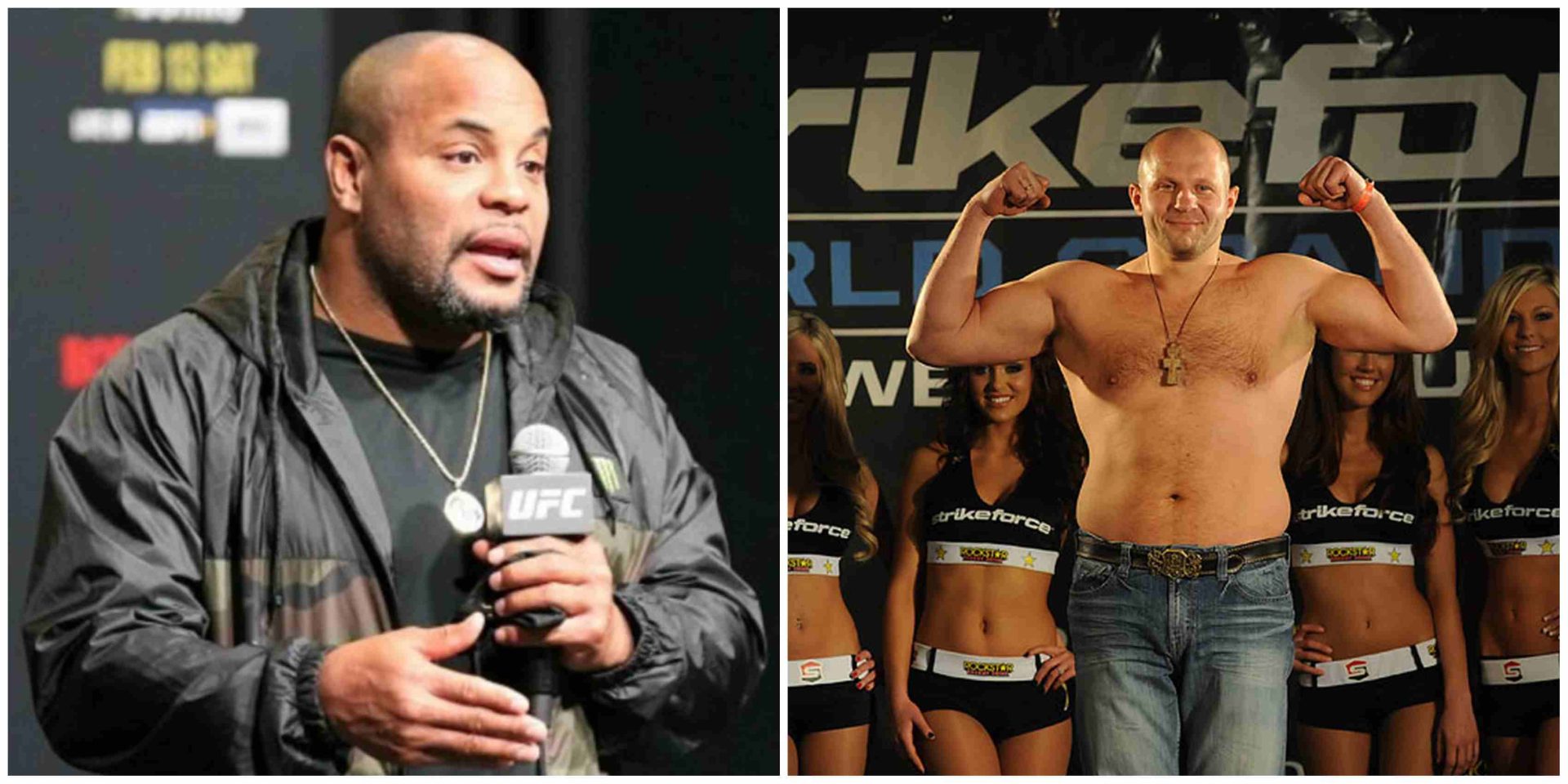 Fedor Emelianenko and the UFC- two of the biggest names when it comes to the sport of mixed martial arts, but the fighter and the promotion never crossed each other’s paths and possibly never will, given that Emelianenko is speculated to have his final MMA fight against UFC veteran Tim Johnson in the headline event of Bellator 269 this weekend. Despite never coming to the top drawer in the sport, Emelianenko established himself as one of the pioneers as well as one of the most legendary heavyweight fighters in MMA, having won titles across multiple promotions around the world, but the question still remained- how would ‘The Last Emperor’ have fared in the Octagon?

According to another iconic name in the sport Daniel Cormier, not that great.

Over the years, Fedor Emelianenko made his presence known multiple MMA promotions such as Bellator and Rizin Fighting Federation, both in which he is currently competing, as well as Strikeforce, PRIDE and RINGS in the past.

But, the Russian never made it into the UFC and in a recent interview with TASS, Emelianenko revealed that it was never his desire anyway, due to the resentment he holds for the promotion’s president Dana White.

Fedor Emelianenko would have been “average at best” at the UFC, says DC

However, former UFC Light Heavyweight and Heavyweight champion Daniel Cormier feels it would have been difficult for Fedor Emelianenko to stack up against the top elites in the UFC during his prime, such as the likes of Junior dos Santos, Cain Velasquez, Cheick Kongo and others, who were ruling the heavyweight division of the UFC during the start of the last decade.

“We’re talking a window of 2009-11. (That’s) where the UFC dealt with Fedor or at least tried to make something happen. The UFC was interested for a long time, until he went to Bellator and then obviously he’s off limits,” Cormier said on Debate DC.

“But all the time, Fedor kind of flew around, fighting in organizations, things can still be done. Versus Brock Lesnar, I’ll give you that. I think he beats Brock Lesnar. But outside of that, I don’t think Fedor competes very well in the UFC. I think that, honestly, Fedor not going to the UFC allowed for the intrigue to stay, but the reality of the situation is he would not have done well against those guys like JDS (Junior dos Santos), he wasn’t beating Cain Velasquez, he would have struggled with guys like Cheick Kongo. He was not beating those guys that were at the top of the UFC at that time. I’m certain of it.”

“I know you’re gonna say, ‘ Well he beat this guy, he beat (Antonio Rodrigo) Nogueira and he beat Frank Mir.’ For as great as he is, he would have been, at that time in the sport, average at best. I’m telling you. Fedor Emelianenko in the UFC between 2009-11, average at best,” Cormier added. [H/T MMAFighting.com]

Do you agree with Daniel Cormier’s opinion on Fedor Emileanko? Let us know in the comments.