Daniel Cormier is not gonna return to heavyweight ever 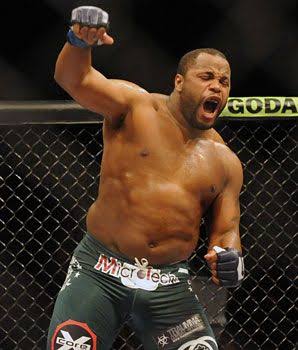 Daniel Cormier is the current Light heavyweight champion of the UFC. He will defend his belt against Volcan Oeizdemir at UFC 220 on this Sunday(IST).  He was tremendously successful at Heavyweight division . He won his first 13 pro fights as a heavyweight, including a championship run in the Strikeforce Grand Prix tournament. Cormier said that he is done with the big boys & he has no plan returning to Heavyweight division.

His move down to light heavyweight was in large part due to the fact that he didn’t want to fight his friend and training partner, UFC heavyweight champ Cain Velasquez.

“I’ve always said that I won’t fight at 40,” Cormier said. “I’ve been vocal about that since I was 31 years old. This isn’t anything new. It’s not for a lack of wanting to compete. It’s not for a lack of motivation. It’s because we as a family made that decision a long time ago. That when I was older and I turned 40 years old, I would focus on other things. Like [son] Daniel’s wrestling. Of [daughter] Marquita’s gymnastics. I’ve been the sole focus of my family’s athletics since I was 15 years old. It’s time for me to be there for someone else.”

“This isn’t my last fight though,” Cormier said. “Just because I say I won’t fight at 40 doesn’t mean I won’t fight five times this year. Because I love to compete. I may just hustle through fights so I can fight as many times as I can before I turn 40 years old.”

“I don’t want to fight at heavyweight. I’ve kind of moved past that and I’m enjoying fighting where I fight.”