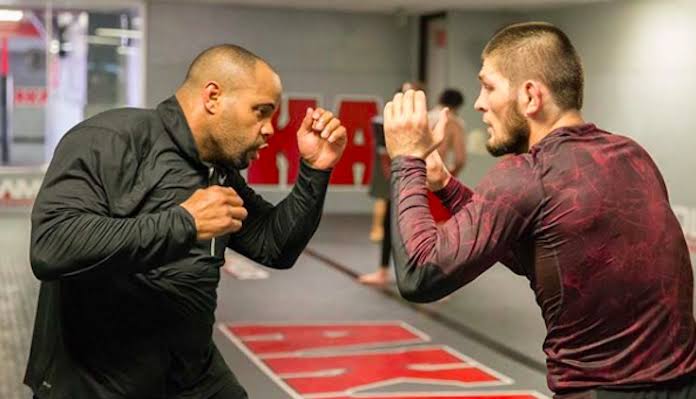 6th October may have gone down as one the biggest days for the leading MMA organization of the world. Sadly, however, the violence didn’t stop with Khabib putting a bad beating on Conor and eventually forcing him to tap out.

Khabib’s post-fight brawl with Conor’s training partner Dillon Danis and subsequent actions of skirmishes between three of Khabib’s teammates and Conor have paved way for all sorts of thoughts about the event.

Khabib’s training partner and mentor and the only current double champ in UFC, Daniel Cormier was very apprehensive of Khabib’s antics. He took to Twitter to express his opinions about how Conor was promoting a fight and coming from a different background Khabib thought otherwise.

Hey guys, two wrongs don’t make it right. Conor didn’t deserve that. No one did. But some things aren’t for fight promotion. Religion, family, country. Throwing stuff in Brooklyn. For Khabib it wasn’t fight promotion, it was really personal. Diff culture man. Sucks

Replying to boxer Tony Bellow, DC removed all the shreds of doubts, if anyone had, about how much he sympathized with Mcgregor.

Come on Tony you’re right those guys are completely wrong. And they’re in jail for it. I truly sympathize with with Conor I’m just saying dude didn’t know they were just building a fight https://t.co/YjkEBjP306

Cormier and Rockhold were instrumental in settling down the mayhem caused after the fight. DC also thought it was “gangsta” of Conor not to press charges against the men that had attacked him inside the Octagon after the fight