Daniel Cormier on Arjan Bhullar: He’s actually much more advanced in the stand up than i was at that point’ 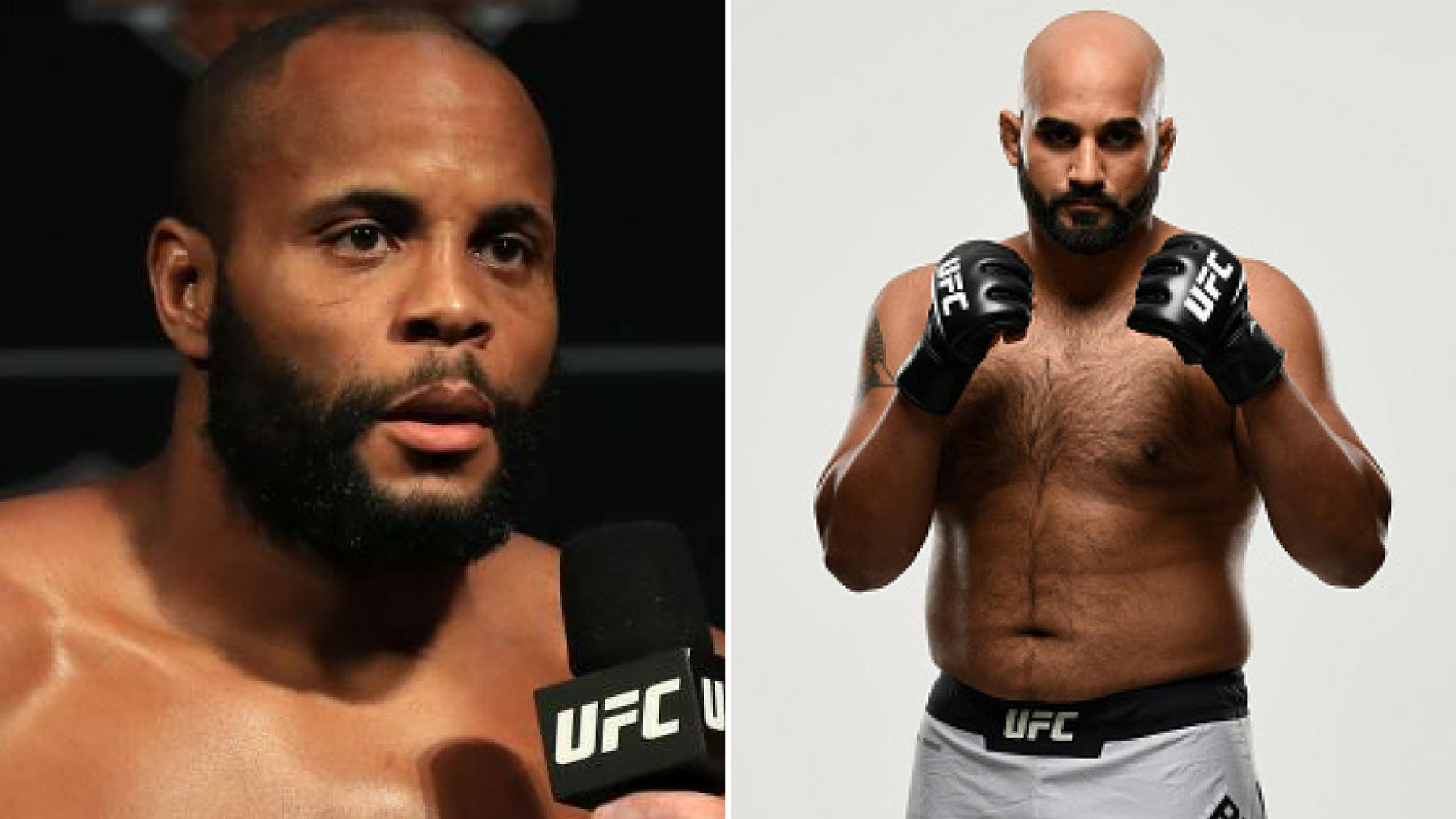 Arjan Bhullar is part of team AKA and when MMAINDIA.COM’s Chamatkar Sandhu was live at the UFC 220 media scrum interviewing Daniel Cormier, he jumped on the chance to ask him about his team mate Arjan Bhullar and Daniel was not only sweet enough to oblige but also had some kind words to say about Arjan.

Chamatkar brought up the fact that Arjan Bhullar will be arriving in Boston to support DC who replied ‘Yeah,he’s my guy,we support each other’.

When asked what made him want to make Arjan part of Team AKA when he initially met him,first DC joked saying ‘outside of him sounding like DJ Khaled,’…’I met Arjan when he was a young kid wrestling for Canada and he would come to the Olympic training centre and i was like wow,this little Canadian dude wants to learn because he was always at training camps…and when he let King Mo know that he wanted to fight, i said he needs to be here,at AKA, so we can really help him…and since he’s been in the gym he’s been a great team mate…always putting himself on the line…he’s come in on a couple of occasions just for my training camps…he’s a really good guy…a very talented martial artist.
Chamatkar then asked him if he saw a lot of himself in Arjan to which DC reolied,’sure…Arjan is actually more advanced than i was in stand up at that point…he’s got really really good boxing…i kick the shit out of his legs though! he hates it…he’s such a good boxer though…he wasn’t before but now he is…he’s better at it…he wasn’t so good before defending kicks because he was so worried about punching…i would just blast his legs and tear him up and now he’s checking my kicks so it’s much harder to spar him.

Chamatkar asked him what would be the one piece of advice he would give Bhullar to ensure a successful run in the UFC to which DC reolied ‘just stay true to yourself…be Arjan Bhullar…if he’s himself he’ll be fine…he’ll win a lot of fights and move himself to the op of the division…as he did in wrestling…if you can make the wrestling team and go the Olympic Games then you can do anything in martial arts…so be true to yourself…train hard,train smart…but he knows that’.

Kind and generous words coming from the champ for the upcoming Indian warrior Arjan Singh Bhullar!

Previous articleONE: KINGS OF COURAGE PRESS CONFERENCE HELD ON 18 JAN IN JAKARTA
Next articleFrancis Ngannou thinks Stipe Miocic will be one of the easiest fights of his career