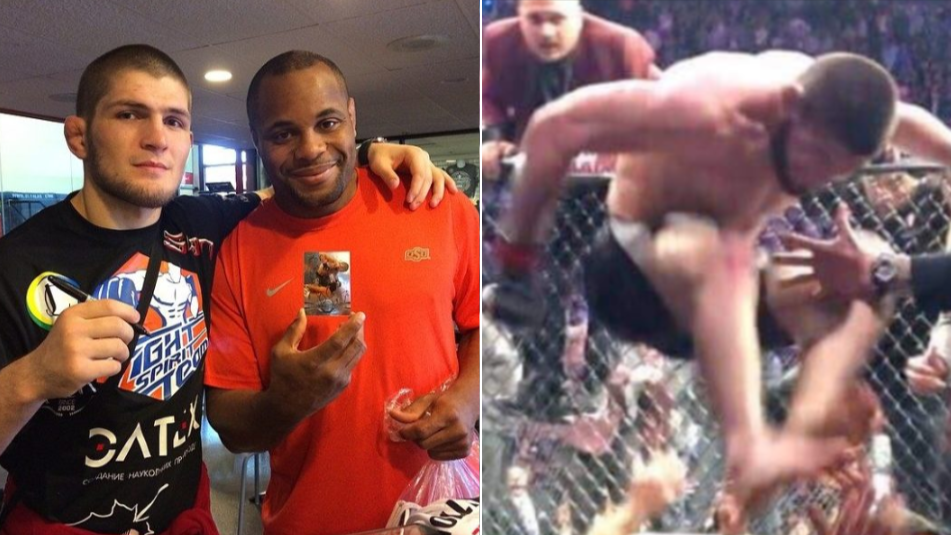 Two weeks back Russian Mixed Martial Artist and current UFC lightweight champion Khabib Nurmagomedov was suspended for 9-months and fined a staggering ₹3.6 crore for starting a brawl post-fight at UFC 229 which took place in October last year at the T-Mobile Arena in Las Vegas.

His teammates Zubaira Tukhugov and Abubakar Nurmagomedov have been suspended for one-year by NAC and fined ₹18 Lakh rupees each. 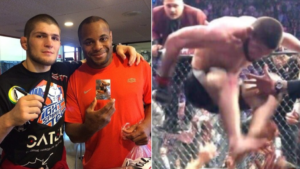 In the meantime, Khabib has said that he will not fight inside the Octagon until his teammates’ suspension was over. His other teammate UFC heavyweight champion Daniel Cormier has praised Khabib for paying his teammates’ fine and called him honourable.

Speaking on The MMA hour, Cormier said, “I think that Khabib is doing the most honourable thing I’ve ever seen in my life. Not many guys will pay the fine, the 500 grand, also pay the fines of your teammates and brothers. He’s paying their money too. Whatever they fine [Abubakar and Tukhugov], he’s gonna pay it too. Those are his brothers. They were acting to help him, I guess.”

“They’re suspended longer, he will sit with them. That’s one thing about those guys and their lifestyle and their community is that they are family at the highest level and what he’s doing is so honourable. Not many people would do that,” Cormier said. “He’s doing it with the idea that even if they take his title, it does not mean more to him than standing next to his brothers. It doesn’t get any better than that. I appreciate it. I do think the fine was steep. Whatever.”

Khabib also said that he will no longer fight in Las Vegas and for this, he was again praised by Cormier.