UFC News: Daniel Cormier says retiring on top will put him in the same league as Michael Jordan, Manning Peyton 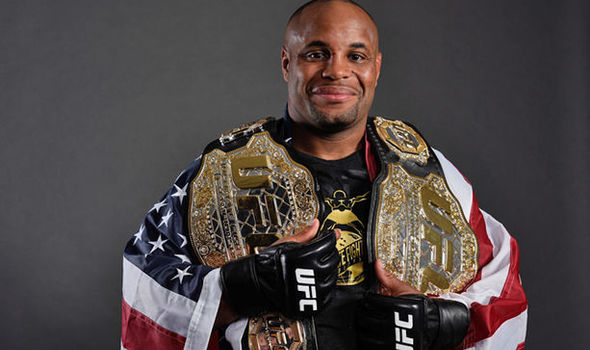 UFC 252 will feature a title fight for heavyweight royalty as former champ Daniel Cormier challenge champ Stipe Moicic in a much-anticipated trilogy this weekend. The winner will without a doubt, cement his name as the best heavyweight of all time.

Cormier, 41, who admittedly will be making his last walk this weekend, does not only want to settle the score with Miocic but also want to add the tag of ‘best heavyweight of all time’ on his illustrious career. 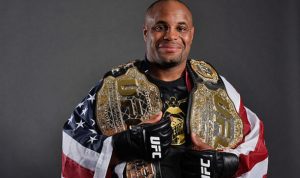 Speaking in an interview, ‘DC’ addressed the issue. He believes walking out on top puts him in the same league as basketball legend Michael Jordan. (via BJPENN.com)

“In mixed martial arts, yes — but then it can put you right alongside the greatest sports athletes of all time,” he said Thursday at the UFC 252 pre-fight news conference. “Michael Jordan won with the Bulls when they beat the Jazz. Unfortunately, he came back; I won’t come back. Peyton Manning won a Super Bowl in his last season. It would put me in that type of sphere with the greatest athletes that have ever competed across any sport. So, when I win on Saturday, I will retire in that way.”

Cormier, one of the greatest of all time!

Cormier has achieved pretty much everything the sport has to offer. He exploded on to the MMA scene by winning Strikeforce Heavyweight Grand Prix with upset wins over legends Antonio Silva and Josh Barnett.

That paved the way into the UFC where he fought at light heavyweight to avoid clashing with teammate and best friend, former champ Cain Velasquez. After running through the division, he got a chance to fight for the title against arch-rival Jon Jones. Cormier suffered a heartbreaking defeat. However, Jones got involved in the infamous hit-and-run case.

Jones was stripped of the belt which led to Cormier fight a dangerous Anthony Johnson was the vacant belt. What seemed to be a daunting task, he dominated Johnson via second-round submission to become the light heavyweight champ at UFC 187 in January 2015.

After multiple title defenses, Cormier met Jones again at UFC 214 in July 2017. He suffered a crushing third-round TKO defeat however the decision was overturned as Jones tested positive for a banned substance.

The setback against Jones didn’t stop Cormier as he decided to move up to heavyweight to take on champ Stipe Miocic. Cormier was always too heavy for the light heavyweight weight class and moving up got him a chance to fight for the ‘double champ’ status.

Miocic, however, had the record of most title defenses in the history of the UFC (3), and moving up to face him seemed a daunting task. Stepping in as a heavy underdog, Cormier knocked Miocic out in the first round to become the heavyweight champion of the world.

Irrespective of the setbacks and the result this weekend, Cormier will always be remembered as one of the best fighters in the history of the sport.