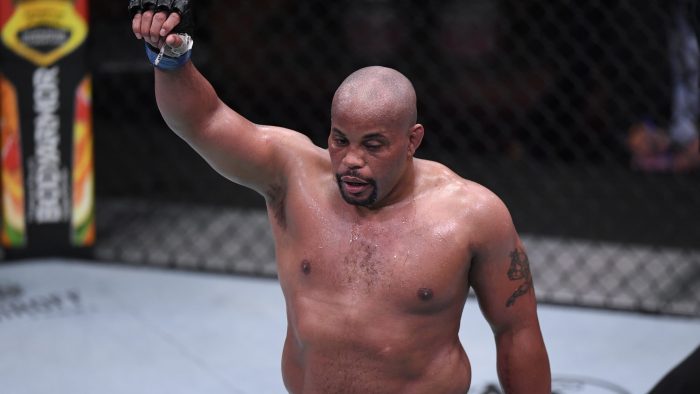 Former UFC light heavyweight and heavyweight champion of the world Daniel Cormier has finally retired from the sport after fighting more than a decade inside the cage.

The 41-year old has also spent seven years in the UFC, where the Louisiana native has had some of the biggest fights which include his trilogy with Stipe Miocic and his rivalry with Jon Jones.

Now Daniel Cormier has revealed that he shouldn’t have fought Stipe Miocic at UFC 241 and UFC 252 and instead he should have retired from the sport at UFC 230 following his victory over Derrick Lewis. 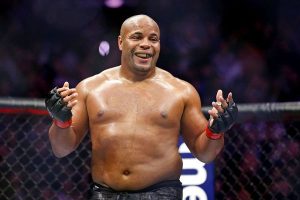 Daniel Cormier had back surgery after his fight against Lewis and during his appearance on his show with Ariel Helwani, he stated the reason why he should have retired after UFC 230.

“When I had that back surgery in 2018 after [fighting] Derrick Lewis, it was over… I should have probably stopped. I wasn’t the same guy.”@dc_mma spoke about how back surgery limited his ability to train for his final two fights. pic.twitter.com/NySfLJQNde

“When I had that back surgery in 2018 after Derrick Lewis it was over. It was over. Like I mean, it was absolutely, it was over. I fought twice since and I possibly should not have. You can find those things in hindsight. But, when I had that back surgery it so severely limited what I could do that it was pretty much over. I wasn’t the same guy. I trained hard last fight and Stipe beat me,” Cormier said on DC & Helwani.

Daniel Cormier could be the GOAT

Daniel Cormier was having an incredible run at the title in 2018. He had defeated Stipe Miocic via KO in Round 1 and had submitted Derrick Lewis in the second round. He could have very well made his case for the GOAT debate.

“I think you can’t live with regret. Living with regret is tough. It sucks because at the end of 2018 I was atop the world,” Cormier said. “I was the number one pound-for-pound fighter in the world, I beat Stipe, I had won back the light heavyweight championship, I defeated Derrick Lewis. Anytime you are the first at anything in the UFC, it is massive. At the end of 2018, I was riding that wave but then my back was just so bad.

“It was bad for a long time, right, there were a lot of times in the middle of training camp I would have to take days off because my back was so beat up. Legimtately, break everything down to the core, all the wear and tear in order to get back to my feet. I remember times in the middle of my championship run or before when I was crawling up the stairs at my house because my back was so jacked up. I was always able to manage it but once I had that surgery it was done,” Daniel Cormier concluded. (H/T – BJPenn.com)

Do you guys agree with what Cormier said? Let us know in the comments section below.