Daniel Cormier thinks his fight with Miocic maybe his last one 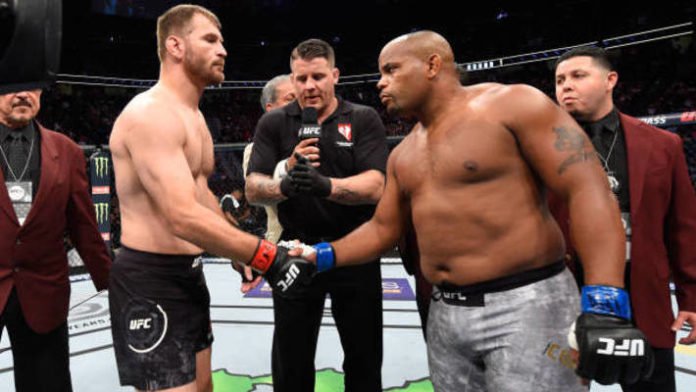 After defeating Stipe Miocic last year at UFC 226 and becoming a double champ, Daniel Cormier had a perfect plan in sight. Right after the fight he called out Brock Lesnar in the Octagon. DC challenged him for a fight which Brock gladly accepted. Cormier would go on to state that he would probably retire after fighting on his 40th birthday this past March.

However, DC’s plan couldn’t even come close to fruition. His own injuries and Lesnar extending his WWE contract ended up being major deal breakers. With Brock out of question, DC gave his share of attention to Miocic who had been demanding his rematch right after their first fight ended.

Miocic was successful in bagging the rematch and will now meet DC in the main event of UFC 241. DC talked to TMZ sports and gave his thoughts on how and what he expects from Miocic going into the fight.

The pound-for-pound No. 1 fighter in the UFC then dropped in the big news that he is contemplating retirement after the fight.

“You know I always said that I was going to fight until I turned 40, which would have been March at a card March 2nd, but I couldn’t make that one,” began Cormier when asked if the Miocic rematch would be his last UFC fight. “If I hold true to what I was saying then this would be the final one. I don’t anticipate fighting much past this. I just want to go out there and do my thing.”

With that put out in the open, the exciting idea of a trilogy with Jones may now be out of question. But given the status that DC holds among active UFC fighters, it goes without saying that Dana White will do everything in his power to prolong his career.