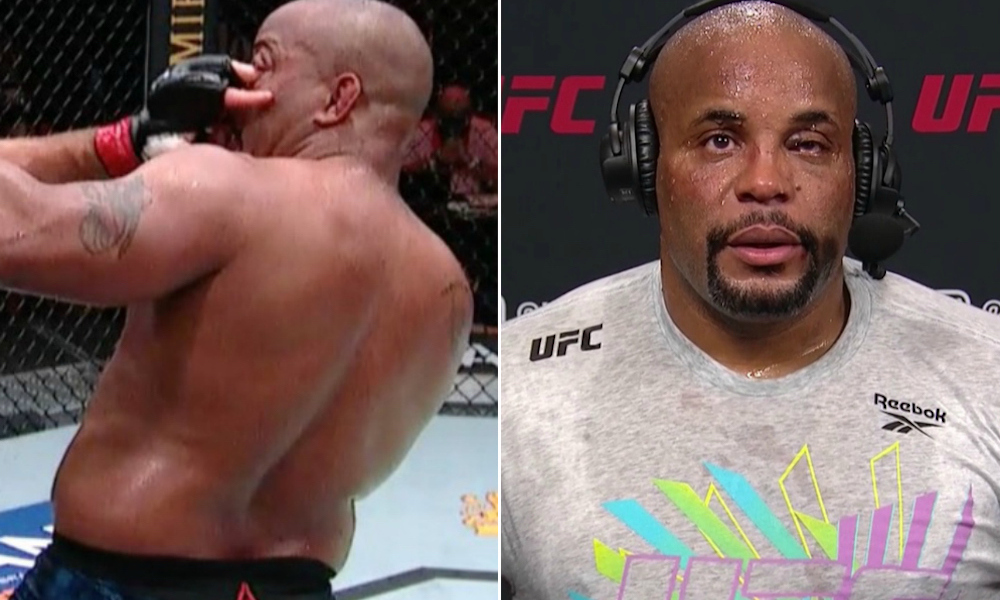 It has been reported that Daniel Cormier endured a torn cornea in his UFC 252 bout against Stipe Miocic for the heavyweight championship. Cormier and Miocic were at war in the card’s headliner, with a desire to settle a 1-1 tie over their two past battles.

Eventually, Miocic won the battle by unanimous decision of the judges who scored the fight (49-46, 49-46, 48-47). However, getting the result wasn’t smooth for them as both the fighters fell victim to each other’s unintentional eye poke. 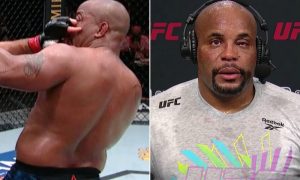 During the course of the fight, there was an instance during the midway section where it was seen that Miocic had accidentally eye poked DC during an exchange of throws. Cormier did complain to the referee but because the referee couldn’t see the visual, he brushed this off as a legit strike instead of enforcing a time-out for officials to check Cormier’s eyes.

DC later revealed that his left eye was affected and that his vision was compromised after that exchange. The referee for the fight, Marc Goddard did apologize to DC and the MMA community later on when he realized that he was at the wrong end after watching the replay.

As indicated by ESPN’s Ariel Helwani, the previous two-division champion endured a torn cornea in the battle. The analyst later revealed the details through his tweet, where he made the following statement:

“Daniel Cormier suffered a torn cornea last night, Cormier told me this morning. No timetable yet for the recovery. Doctors said he won’t need surgery just yet but they have to monitor how it heals before knowing for sure. He was discharged from the hospital late Saturday night.”

During the post-fight interview with his friend and fellow UFC commentator Joe Rogan, Cormier had the following g things to say –

When Dana White was asked about the whole situation regarding the eye poke, he commented along the lines that – Cormier had already hurt his eyes because of Miocic’s impressive striking display and that DC can’t use this as an excuse.

Fights like these, where the stakes are very high – a simple mistake or an unfortunate incident can leave a huge impact on the fighter. The fighters feel vulnerable and helpless when incidents like this don’t get noticed. However, DC showed the world why he is considered to be one of the best fighters to set foot inside the octagon- when he decided to continue the fight without any complaints or fuss. This indicates the character of a true champion and DC certainly did show us that during the fight.

What are your views about this fight?

Previous articleMeet Mairidin Newmai, who is a teacher by day and MMA fighter by night
Next articleMerab Dvalishvili’s journey from a construction worker to a top UFC contender