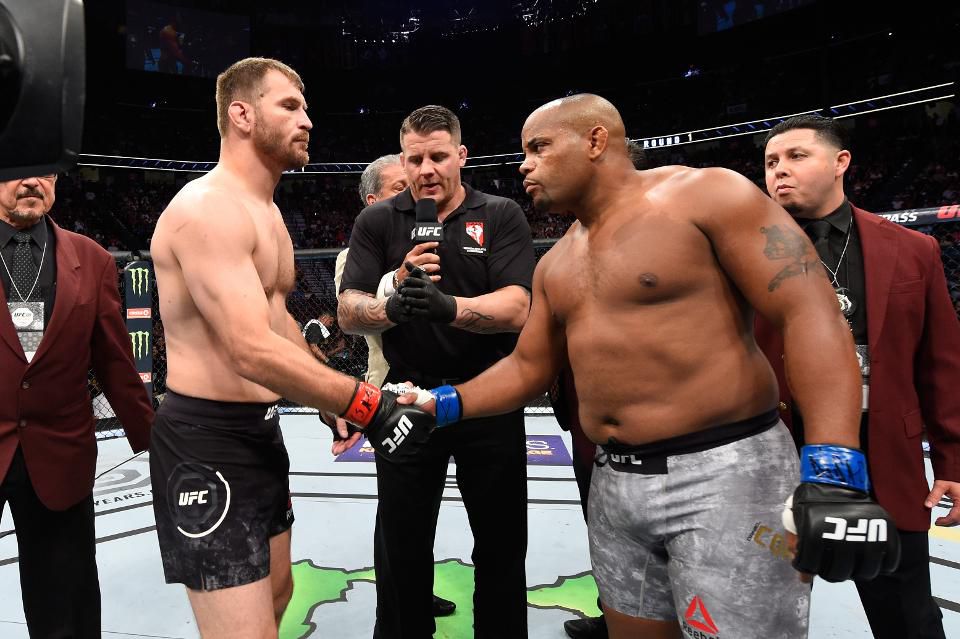 UFC heavyweight champion Stipe Miocic is all set to defend his title against Daniel Cormier this weekend at UFC 252.

The fight will take place at UFC’s Apex facility in Las Vegas.

Now both fighters are 1-1 heading into the trilogy and this time around the Octagon size is much smaller than their previous two-bouts.

Heading into the trilogy, Cormier is heavily confident of his victory even though he is coming off of a TKO loss. On UFC embedded, he stated that he was going to smash Stipe Miocic and retire at the top.

“The last fight was a good fight. I started well and he made adjustments and got the victory. But, by no means do I look at that fight and think there are areas I can’t fix,” Daniel Cormier said on UFC Embedded. “I plan to use more of my wrestling, I’ve worked a lifetime to acquire these skills, and I kind of went away from that fight. Does that mean I am going to eliminate or avoid striking? No way. That was a very competitive fight.

“So, by no means can I not stand and fight Stipe Miocic for 25 minutes. The smarter way to get my hand raised is to use all my tools,” Cormier continued. “I expect a very tough, I expect Stipe to be in great shape. I expect him to believe that he is going to go out and win. The reality is I am going to smash him. I’m going to win this fight, I’m going to do my thing like I’ve done so many times and get my hand raised.”

Daniel Cormier plans to go for the takedowns

The fight is taking place at Apex which has a 25-foot octagon compared to the tradition 30-foot octagon.

Who do you guys think wins the trilogy fight between Daniel Cormier and Stipe Miocic? Let us know in the comments section below.