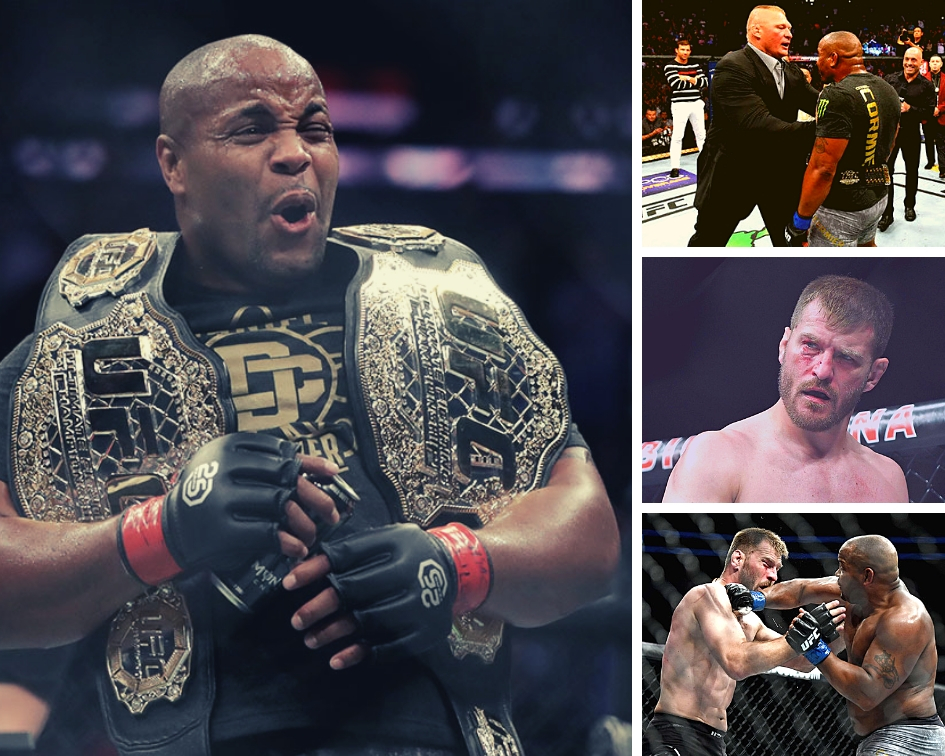 Last year, Daniel Cormier added the UFC heavyweight championship to his light heavyweight title, stopping Stipe Miocic in dramatic fashion during the first round of their super fight at UFC 226 in Las Vegas. Cormier (21-1, 1 NC) flattened the UFC’s long-reigning heavyweight champ with a right hand out of a clinch.

He then relinquished his Light heavyweight title last week saying he wants to respectfully relinquish it then be stripped implying that being stripped suggests he has done something wrong. The title was won by Jon Jones at UFC 232 when he stopped Alexander Gustafsson in the third round.

Jon Jones has beaten Daniel Cormier twice before, one of them was via knockout which was later turned into an NC, and as much as the trilogy fight brings attention to the fight, Cormier isn’t interested in fighting Jones again.

“As Dana said Saturday, the Lesnar thing is still out there. That’s a fun fight,” Cormier said. “I’ve gotten a lot of ‘DC is very vocal about Jon Jones, but he’s willing to fight Brock Lesnar.’ No one knows what Brock Lesnar and I have going on in terms of drug testing. The drug testing for Brock could be so stringent that it would be insane. It would be as big as it’s ever been. Nobody knows that but the people on the absolute inside. So if he was to make it through all that stuff and got to a fight, then it would be worth it.

“But if he didn’t, then I would fight Stipe Miocic – 100 per cent. Stipe’s a very respectful guy, the most defences in (UFC) heavyweight championship history, does things the right way, and I made a promise to him. I said if I didn’t fight Brock, I would fight him, and I intend to honour that.”

Who do you guys want to see Daniel Cormier fight next?

Previous articleMike Brown reflects on hugely successful weekend to cap off 2018 for ATT fighters
Next articleKelvin Gastelum’s new year resolution is something all of us should read!