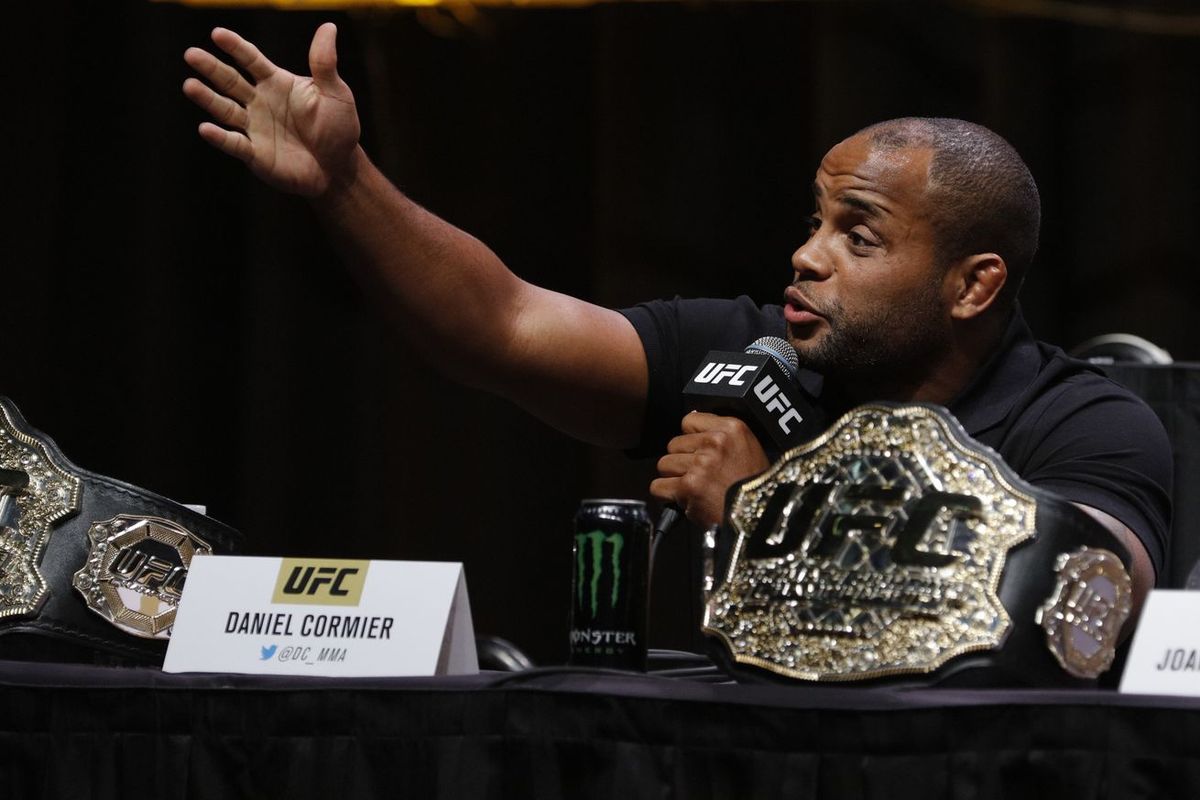 Daniel Cormier is currently reigning as the UFC’s heavyweight and light heavyweight champion. Cormier won his second UFC divisional title this past summer at UFC 226. He knocked out Stipe Miocic for the historical accomplishment.

Speaking recently with Ariel Helwani of ESPN, Cormier suggested that the UFC is pressuring him to give up his light heavyweight title so that Jon Jones and Alexander Gustafsson can fight for it later this year.

”I imagine they’re going to take that belt, because I am scheduled to fight Brock Lesnar [at heavyweight],” Cormier said. “I can’t fight at 205 first, so I’m pretty sure that they will take that title.”

However, Cormier is okay with anyone fighting for the title as long as he gets to fight the winner of the Light Heavyweight title after competing at heavyweight.

He plans on fighting twice before retirement, the first fight will be possibly against Brock Lesnar in January, as Lesnar is a much bigger name than Jones and it will also be financially beneficial for Cormier.

”If a fight with Brock Lesnar for the amount of money that brings and the prestige that that brings is your fallback plan, that’s a pretty good one to have,” Cormier said.

Previous articleAfter Rory moved up in weight, Mousasi wants to move down to collect another belt!
Next articleConor McGregor wants to fight….Anderson Silva?!