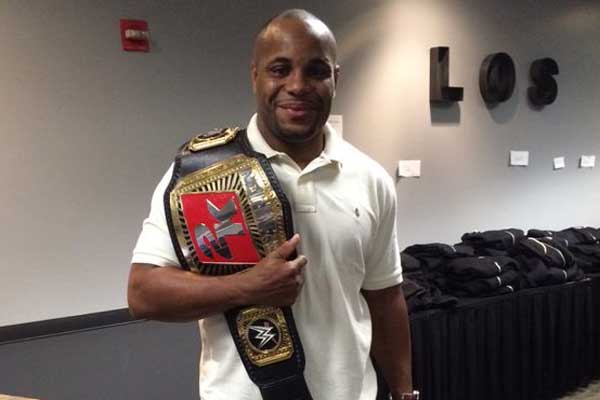 Here’s what he said about pro-wrestling earlier this week when taking sides with fellow UFC competitor Chase Sherman.
“@philbaroni this is actually pathetic. This is what people wanna see? Go to a god dang gymnastics competition. Suplex, bodyslam, piledriver do some old school wrestling man. DDT, I remember when the frankensteiner was the most you’d ever see someone flip. I say Boo to this BS”.

Former WWE Superstar Cody Rhodes replied to the UFC light heavyweight champion over the matter.
“It’s not pathetic. The paying audience enjoyed it. UFC is thriving, and pro-wrestling has been going strong since 1920…besides most of y’all ask hunter for a job when the wheels fall off anyway and most are on the comp list at staples…so lay the fuck off.”

Daniel Cornier responded
“I do ask for comps, I am a fan, I didn’t say anything about anything but that sequence of the match. Just be very careful bud! I’ve been a fan of yours too but be very careful. Lay off the cuss words it’s not that serious. And I won’t need a job. I’ll be good.”

And now, in a new interview D.C. expressed his wish.
“I wish I could be in the Royal Rumble this year. I don’t think they will invite me, but fighting against Oezdemir in Boston works for me, time wise. My fight is in January, which opens up WrestleMania for me this New Orleans–not to compete, but to go.”