Daniel Cormier would consider moving back to the Heavyweight division 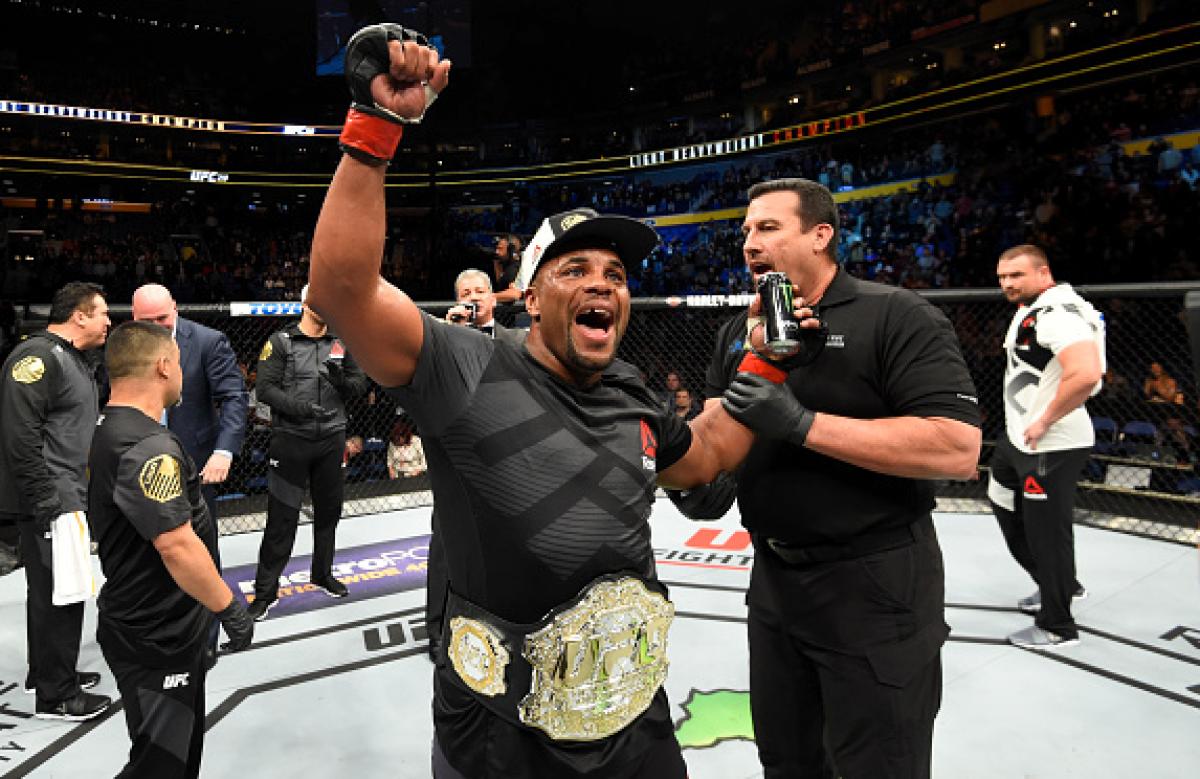 UFC light heavyweight champion Daniel Cormier would like return to the heavyweight division and capture the Heavyweight belt.
Apart from the loss to former 205-champion Jon Jones, Cormier stays unbeaten.

Here’s DC’s statement
“I’m not going in there to lose and say I gave it my best shot, If I go in there with Miocic or Ngannou, I’m going to win. That’s just who I am. So that would just be me and my team really coming up with a solid plan on how I’m going to get up to a healthy, strong, 235, 240 pounds to go and fight those dudes.”
“I don’t have to do anything else,” Cormier said. “I’m just fighting now because I love this sport. I feel like my career speaks for itself. Independent of anything else. I know I’ve been closely tied with Jones and everything else. But I feel that I’ve done enough to where I feel good, man. I’m not chasing anything else.”
“I’m just fighting because I love competition. So, yeah, I’m totally secure in the way my career has been and how it’s going.”
“People think it bothers me when they show that video of me after the fight, when I cried,” Cormier said. “That’s what some of those professional wrestling people did. That doesn’t bother me. I’ve used this GIF myself. I’m not above making fun of Daniel Cormier.”
“I was talking about that kid that got head-kicked and I go, ‘Listen, I may not be the best guy in the world to talk about head-kick defense, but you have to get the other hand across.’ I went to the telestrator.”
“I’m not above making fun of myself, and I think guys can’t take themselves too seriously. And I think that’s why I get text messages from (UFC president) Dana White and the other bosses in the middle of the broadcast telling me that I’m doing a good job.”