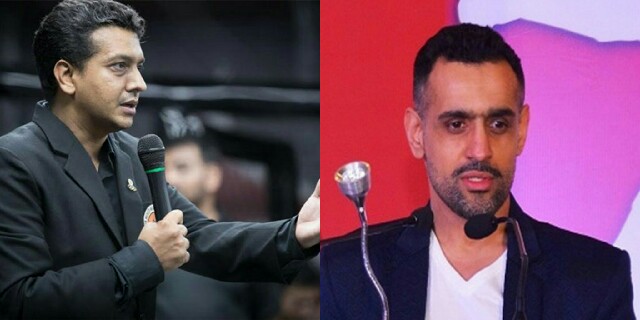 Official Spokesman of AIMMAA(All India Mixed Martial Arts Association), Daniel Isaac, in a recent chat with The MMA India Show, criticised entrepreneur and SFL(Super Fight League) head Bill Dosanjh’s decision to diversify into a boxing league with the SBL(Super Boxing League). Daniel stated that after the first season of the Super Fight League, Bill should’ve concentrated on solidifying the SFL and creating more opportunities for the SFL fighters with regional tournaments rather than get into a whole new and different league with SBL. The Super Boxing League is being launched on July 7th 2017.
Things might become interesting as AIMMAA is the current sanctioning body of the SFL. There has been no official announcement of the date for the second season of the SFL yet.
The whole interview with Daniel Isaac will be uploaded soon on the MMA India Show youtube channel https://www.youtube.com/channel/UCm_uTFO0caT9P9Ej227545g