The UFC 229 press conference was wild and Conor McGregor made it extra exciting adding Geo-Politics to an MMA press conference, he unloaded a series of verbal assault on Khabib’s father, Chechen dictator Ramzan Kadyrov and the manager of current UFC lightweight champion Ali Abdelaziz. 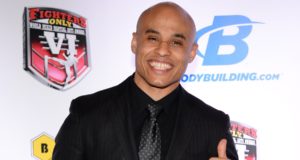 “Don’t come at the king!” McGregor added after taking a photo with his two UFC belts. It is alleged that he was part of that setup and he turned into an FBI informant.
The ‘Terrorist Snitch’ remarks by Conor McGregor were citing from the book Enemies Within: Inside the NYPD’s Secret Spying Unit and bin Laden’s Final Plot Against America.

According to this book, written by Matt Apuzzo and Adam Goldman delve into Abdelaziz’s past as an FBI informant, having been first recruited by the New York Police Department in 2002 while jailed on document forgery charges. The NYPD was in the middle of an investigation into extremist group Muslims of America in rural Virginia, and Abdelaziz was looked upon as an asset and how he double-crossed the American intelligence agency which ultimately led to FBI and NYPD cutting all ties with him.

Abdulmanap Nurmagomedov, who is Khabib Nurmagomedov’s father slipped into a coma after complications with his health. Abdulmanap is currently in the hospital battling for his life.

Abdulmanap was hospitalized in his home province of Dagestan after getting critically ill. He was admitted after a suspected case of pneumonia, but complications arose because of heart problems. Following this, he was flown down to a military hospital in Moscow via a flight.

Conor McGregor took to twitter and said that he was praying for the recovery of Khabib’s father.

Praying for the recovery of Abdulmanap Nurmagomedov. A man responsible for more World champions, across multiple fighting disciplines, than we even know.
A true martial genius!
Very saddened upon hearing this news tonight.
Praying for the Nurmagomedov family at this time 🙏 https://t.co/OVklQphPgN

READ: Who is Noah Abdelaziz? Ali Abdelaziz owes him $50,000 in child support

Dana White’s reaction to the UFC 229 presser: “It was dark man!”