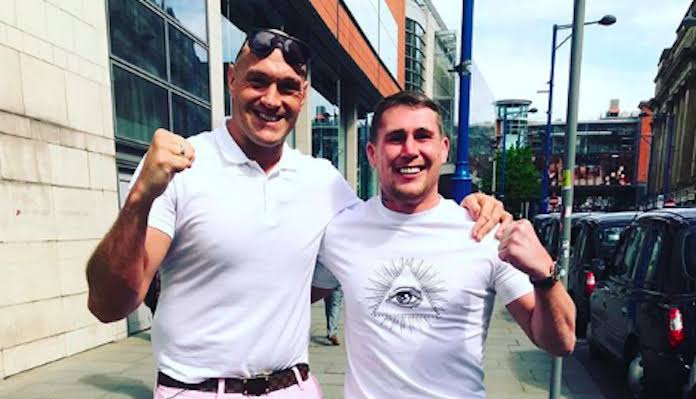 UFC middleweight and former welterweight title challenger Darren ‘The Gorilla’ Till is pretty sure about the chances of multiple time boxing champion Tyson Fury fighting in MMA. 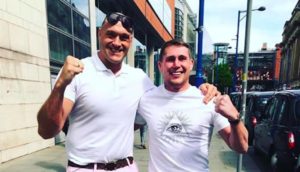 A video surfaced couple of weeks with Fury practising MMA related techniques namely elbows and knees with Till. The clip obviously caught fire with speculations of Fury possibly training for an MMA crossover. According to Till, the chances are pretty strong. (via YouTube):

”I thought to myself, he’s gonna come and learn a few techniques and that’s it,” Till said of Fury (via MMA Mania). “He said to me when we were starting, ‘I’ve come to train hard.’ I was like ‘Okay then.’ He’s come to train, he’s gonna get some training. You’ve seen the video. So I said ‘Tyson, I’m gonna teach you what I think you need to know about MMA. You’re considering this. I’ll teach you what I think you need.’

”I think it’s about 70/30. 70 yes, 30 no,” Till said. “You gotta remember boxing to MMA is very different as well. He’s making a lot of money, he’s a top-three heavyweight. I’d love to see it for the entertainment factor. It’s all about the entertainment and whoever he gets – maybe Stipe wants to fight him and probably thinks he can box him. I don’t think so. But I hope so. But maybe I’d be in on a little percentage of that as Coach Till. We’re the same management, we’re both MTK so no matter what I’m just supporting him, I’m supporting my team.”

UFC: Mark Hunt unleashes on the UFC again after the judge rules against him and dismissed all his claims

Previous articleWatch: Robin Black’s hilarious one minute breakdown of the ‘dance fight’ between Kamaru Usman and Wonderboy!
Next articleVIDEO: Deontay Wilder’s brother Marsellos Wilder gets KNOCKED OUT by MMA fighter