Darren Till: I’ve tried to talk sh*t to Robert Whittaker but it hasn’t worked! 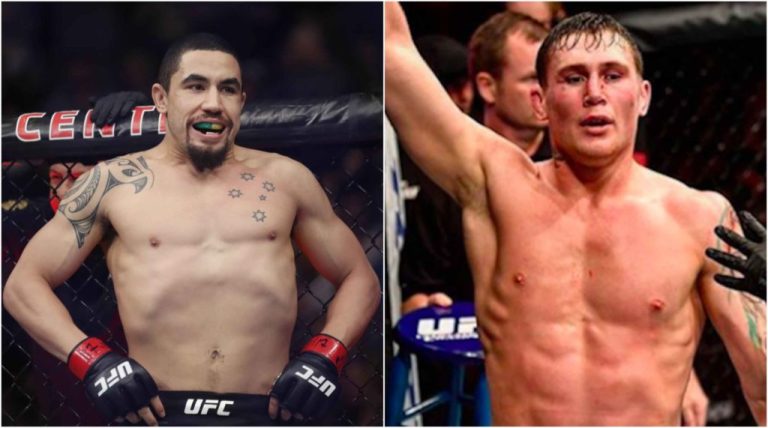 The pair will headline the final card of the four-fight cards taking place at the Yas Islands in Abu Dhabi, United Arab Emirates.

Former welterweight title challenger Darren Till is coming off of a unanimous decision win over Kelvin Gastelum at UFC 244. It was also his middleweight debut. Following this, he was scheduled to fight Jared Cannonier at UFC 248 but the fight didn’t go as planned as Cannonier had to pull out following an injury. 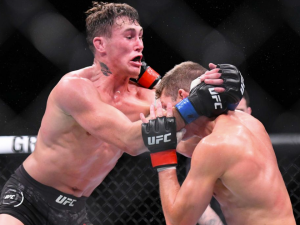 On the other hand, Robert Whittaker is coming off of a second-round TKO loss to Israel Adesanya at UFC 243. Prior to his loss, he was coming off of back to back wins over Yoel Romero.

Darren Till is one of the best trash talkers in the UFC. He has often used it along with social media trolling to get to his opponents or other UFC fighters.

However, there’s one fighter that isn’t bothered by what Darren Till’s social media antics or trolling and i.e Robert Whittaker.

“I tried to talk some sh** but it hasn’t worked. He’s a nice guy and you know what I mean. We’ve sort of created a ‘we’re going to fight relationship’ and hate each other, but we’re kind of cool. He’s a cool guy so there’s no reason to be vicious or vicious verbal attacks.

“I just kept the fun and interest by making slight remarks on his social media which I think is keeping everyone entertained, especially while we’re in lockdown. I feel like I kept everyone well interested. It was good and it was fun”. Till said on Ariel Helwani’s MMA Show.

Till wants to fight the worst version of Whittaker

While Till is confident of his victory, he is hoping to see the worst version of Robert Whittaker on the fight night.

“I’m expecting either amazing Rob or I’m expecting Rob that doesn’t believe himself so much anymore. I’m preparing for either or. Obviously, most fighters would say, well I want the best Rob. No. I want the worst Rob, make it easier for me,” Till said on Michael Bisping’s podcast. “I don’t know what Rob we’re gonna expect. We’ve been having a good back and forth for a while now, it’s been really fun. So whatever Rob comes. I will say I’ve been preparing during [the] lockdown and while maybe it’s coming to an end maybe it’s not, Fight Island’s on the horizon. Got six weeks to fight for five rounds.”

Who do you guys think wins in a fight between Rob Whittaker vs Darren Till?

Previous articleFriday Fighter of the Week: Dhruv Chaudhary
Next articleUFC News: Dana White reveals some of his staff have tested positive for COVID-19