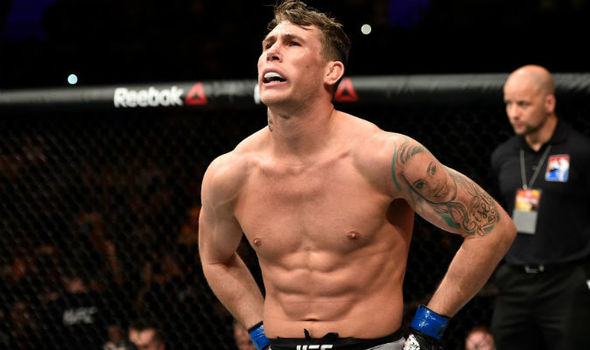 UFC on ESPN+ 22 card in Copenhagen, Denmark featured a pivotal middleweight bout as Jared Cannonier took on Jack Hermansson. In the attendance however was a familiar face who is slated to make his middleweight debut, former welterweight title challenger Darren ‘The Gorilla’ Till.

Till started his title run with a tear, working up to an undefeated status of 17-0 which eventually gave him a title shot at the tender age of 25. That obviously did not go his way. Till then took on perennial contender Jorge Masvidal however suffered a brutal knockout. Speaking with BT Sport, Till admitted that the loss did ‘hurt’ for a while and took a dent on his confidence as well. However he wholeheartedly believes his best days are at middleweight. 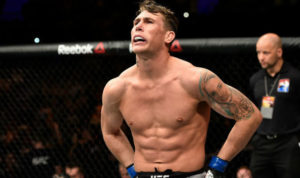 It hurt a lot for a while. A lot of guys say, ‘I wasn’t bothered,’ but it hurt,” Till said. “All my life I’ve had this crazy confidence that I’m just this superhuman being inside that Octagon and in life and it got knocked a bit,” Till explained. “I’m not ashamed to say that. I want to get that back. It’s there. I’m still that confident guy that if you put me in front of everyone, I know I can beat them. I know there’s something in me that can beat everyone. I’ve got that technique and I’ve got that will. It got lost a bit after the fight, so I just had to find it. That’s why maybe it’s took a little bit longer to come back.”

Till will take on another former title challenger in Kelvin Gastelum at the super stacked UFC 244 card in Madison Square Garden on November 2.