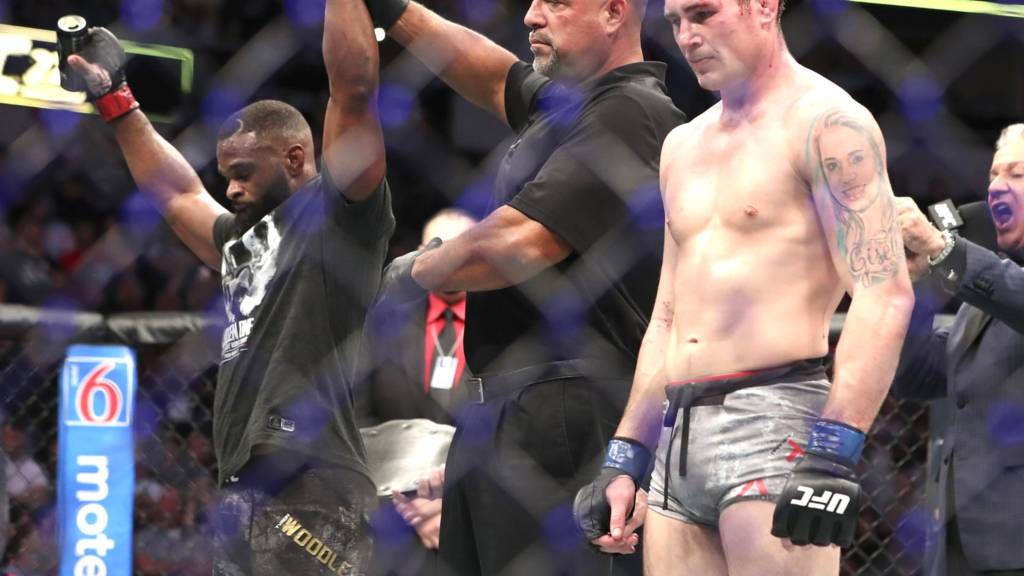 Darren Till is one of the most promising prospects currently signed to UFC. At UFC 228, Darren Till faced Tyron Woodley in a bout for the UFC Welterweight Championship in a losing effort. The second round saw a furious rally from Woodley, as he knocked out Till.

However, according to Till, that same Tyron Woodley did not turn up to fight at UFC 235 when facing Kamaru Usman. In his fight against Usman, he did not display the same flare as he had against Till, and found himself the loser of the fight, with Usman winning the title by Unanimous Decision. Till said this was because he could feel the fear from Woodley when facing him in the Octagon.

“When you’re fighting a guy like me, you have to be scared. You know what I bring to the table. And he said that openly. I could feel fear, but that fear drove him on. He was so powerful and quick and aggressive.”

Till was quick to praise Usman but said that he felt that Woodley did not appear as the same Woodley who had faced him. However, he acknowledged that Tyron Woodley would go down as one of the best fighters of all time.

Till ended by saying that he wanted to avenge his loss against Woodley, rather than win a title at this point.

"I know when he was fighting me, he was scared."@darrentill2 discusses the difference between Tyron Woodley's winning performance against him vs. his losing effort against Kamaru Usman.