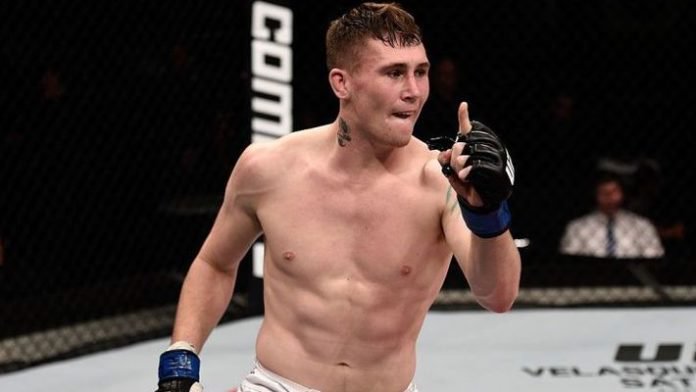 Darren Till’s last two outings in the UFC have been somewhat disastrous. In his second last fight against Stephen ‘Wonderboy’ Thompson, he massively missed weight and weighed in around a 174.5 pounds. While in his last outing there were many concerns about him making weight, he did make weight but eventually lost the championship fight against Tyron Woodley via a first round submission due to a D’arce choke. There are still plenty of rumours about Till moving up to middleweight due to his struggles with cutting weight. Till recently addressed all those issues and revealed that he his plan for middleweight is to fight Israel “The Stylebender” Adesanya. 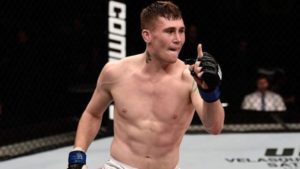 Till recently appeared on Michael Bisping’s Believe You Me podcast. On the podcast, he stated that he will definitely fight at 185 pounds. He also said that his plan at middleweight is to fight Adesanya. Here’s what he had to say:

I’m definitely gonna fight at 185 [pounds] but just cause I made such a big deal out of the cut myself, because obviously I missed weight in Liverpool and the cut turned out to be surprisingly easy [for the Woodley fight], it was just easy so I can still stay at welterweight for a few more fights.

That’s what I’ve got in my head and then obviously move up to 185. But for now, I can still make the welterweight cut so I think I’m going to stay at welterweight.

’Stylebender’ [Israel Adesanya], I’m always asking Sean [Shelby] for the biggest and the hardest challenges. Obviously, you seen that in my last fight against the champion. I just want to fight the best and right now at middleweight, Stylebender is one of the best… Not all around but I think striker against striker, me coming from a striking background and him himself, I just think it would be a good matchup. That’s definitely a fight I want in the future.

Previous articleCoach: Jon Jones working on ‘one punch, one kick knockouts’
Next articleDana White: Darren Till vs. Jorge Masvidal to headline UFC London