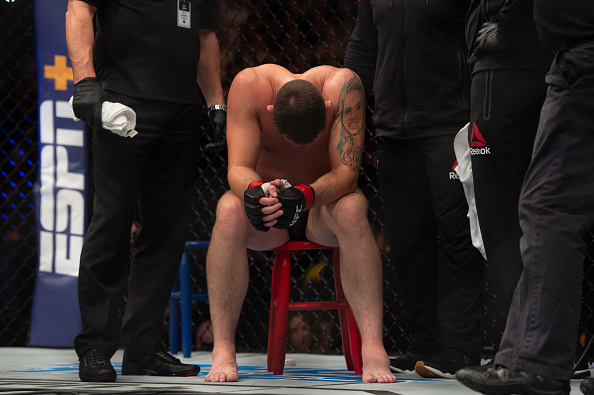 It has been around a week since Darren Till suffered the most devastating loss of his career at UFC London. He faced Jorge Masvidal only to be knocked out and was unconscious for almost 4 minutes. Darren Till has finally reacted to his loss at UFC London.

After his heartbreaking loss, Darren Till was able to get up and leave the Octagon under his own power. He did so silently, without saying a word.  Over the week, he has gone to Canada, where he posted the first update since his loss. This was his second loss in a row after losing to Tyron Woodley as well in a fight for the UFC Welterweight Title.

In his Instagram post, he acknowledged that his last fight on Saturday night had been a tough one against a tough opponent. He admitted that he had not been fully focused in the past, had lost his true self over the past year.

“Few things need refocusing now, feel like I lost me self the past year & haven’t been fully focused to my craft! I’ve had a week in this amazing place Canada to revitalise with my thoughts! I’ll be back a different animal, @teamkaobon is still the best coach & person in this world & we will dominate for years to come. Can not wait to be back at the gym Monday evolving and focusing like never before. I owe it to myself! Peace m*********ers”

With Till dedicated to becoming better, details about his future are yet to be revealed. He will begin training extremely soon and will be looking to return stronger.