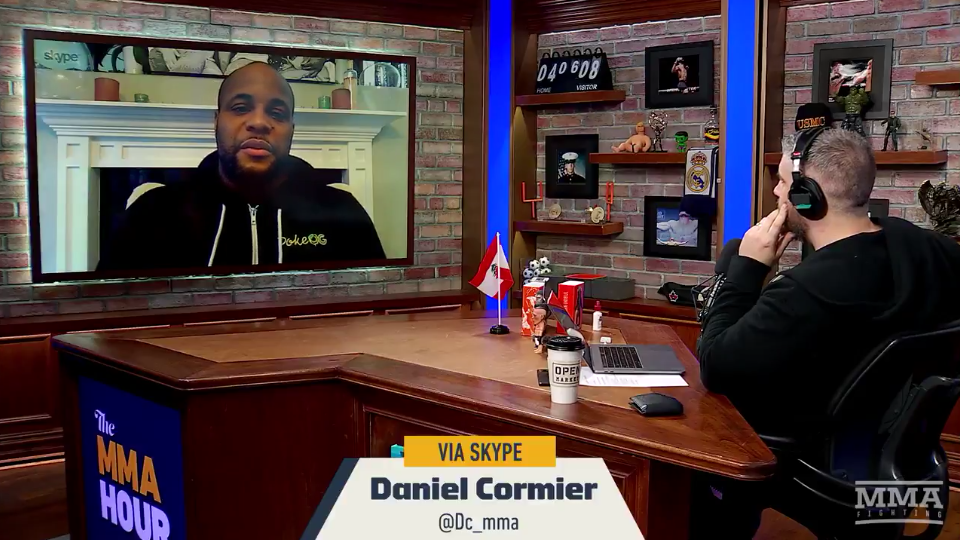 One of the best heavyweights of all time, Cain Velasquez, will make his much awaited return to the Octagon this weekend. His fight aginst Francis Ngannou has been something that has got both the fans and the media excited. However, standing high amongst the list of people who are looking forward to this fight is UFC’s only current double champ – Daniel “DC” Cormier.

Cain’s long time friend and training partner, DC talked to Luke Thomas on The MMA Hour and he looked genuinely excited to see Cain back in action. “I was always hopeful that he would come back. I’m a massive Cain Velasquez fan. He’s just everything you want in a fighter. He’s got great cardio and he’s efficient and everything you want in a mixed martial artist. And I’m like I just want to watch this man fight again.”

.@dc_mma is "ecstatic" to see "buzzsaw" Cain Velasquez return at #UFCPhoenix this weekend:

"You're going to vintage Cain. Nothing has changed. He's still as good, he's still as fast."

Velasquez’s career has been marred with injuries altogether. He has fought only once in the past three years, with his last fight against Travis Browne at UFC 200. He was linked for a rematch with Fabricio Werdum but was disallowed to fight by NSAC citing bone spurs on his back. However, having inked a new four fight contract with the organisation, fans can now hope to see much more of Velasquez.

“As you’re excited, I am excited. Not as a teammate but as a fan of the sport”, added Cormier. “He’s a buzzsaw man. I can’t wait to watch him where he belongs – inside the Octagon. And I’m excited that he gets the opportunity to go and put his skill on display again.”

Staring at Cain from across the Octagon will be Francis Ngannou, who is coming off a knockout victory over Curtis Blaydes. UFC on ESPN 1 takes place at Talking Stick Resort Arena in Phoenix, Arizona on February 17, 2019.