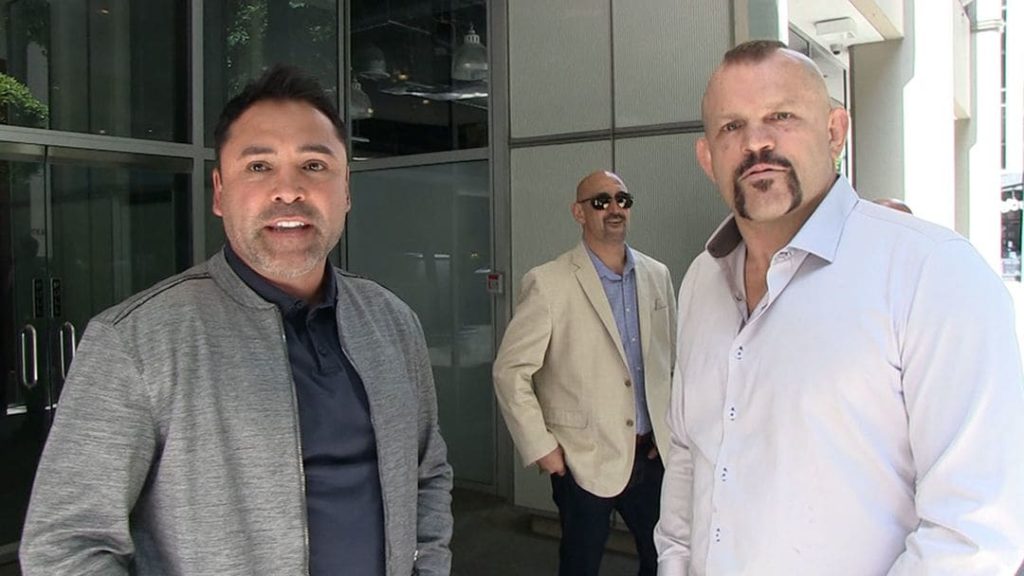 Oscar De La Hoya who is the founder of Golden Boy Promotions and also the promoter of this PPV event appeared on the MMA hour and said that Ortiz and Liddell are set to make the biggest paydays of their careers.

“The message I want to send here is Chuck Liddell and Tito Ortiz, this trilogy with this fight taking place, they’re gonna make the most money they’ve ever made in their entire careers,” De La Hoya said. “It’s incredible. I’m actually mind blown by that because I would have thought with Tito Ortiz and Chuck Liddell — with two names like that — they would have made a lot more money in their careers.”

Liddell vs. Ortiz 3 will be available for $49.99. Golden Boy even partnered with FITE TV, which offered the PPV on a discounted PPV cost of $19.99 valid for two hours on Saturday. Oscar also said that both fighters will be sharing the revenue garnered from the pay-per-view.

“I’m a promoter that loves to share all revenues and whatever revenues are coming in, we’re gonna share it,” De La Hoya said. “It’s not about the promoter, it’s about the fighters. And that’s exactly why, for instance, Golden Boy Promotions has been very successful, because we treat our fighters the way they should be treated. The fighters are the ones who make these events happen. This is a great indication that looks we’re letting Tito Ortiz and Chuck Liddell participate in the pay-per-view revenues from top to bottom, they’re gonna be able to make tons of money. The best purse they’ve ever made in their careers.”