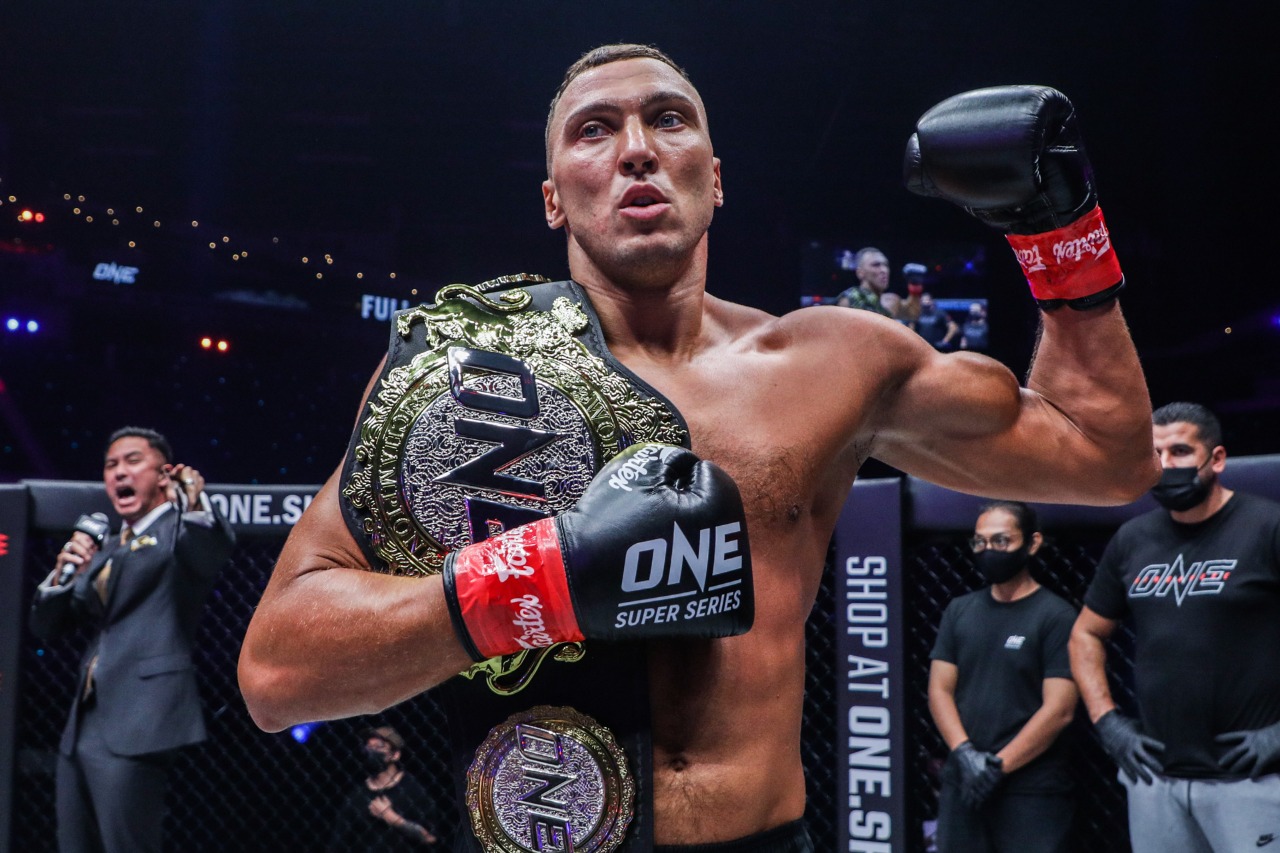 On Friday, 25 February, at ONE: FULL CIRCLE, two men entered the Singapore Indoor Stadium as ONE World Champions, and by the night’s end they both left holding the gold they came with.

In the show’s headliner, Reinier “The Dutch Knight” De Ridder defended his ONE Middleweight World Title against Kiamrian “Brazen” Abbasov.

Seconds into the first round, De Ridder dove into a body lock and controlled Abbasov for a majority of the canto. He then got “Brazen” to open up, allowing “The Dutch Knight” to control his arms and climb into the mount position.

In the second round, De Ridder continued his aggressive ground attacks and then guided Abbasov into an arm and head lock. However, “Brazen” tapped one second after the bell rang, forcing him to go one more round with the World Champ.

De Ridder repeated the same move in round three, and this time, Abbasov tapped. The victory earned “The Dutch Knight” a performance bonus of US$50,000.

In the co-main event, Roman Kryklia retained his ONE Light Heavyweight Kickboxing World Title against Murat “The Butcher” Aygun, bringing their long-awaited matchup to a close.

The bout started with “The Butcher” swinging hard punches, but Kryklia navigated his attacks and tied him up in the clinch.

Aygun, however, landed several heavy hooks, but Kryklia stunned and dropped his opponent with a punch to the face.

After regaining his composure, Aygun was no match for Kryklia’s pressure. The reigning World Champion finished his opponent with a barrage of punches just minutes into the first round.

Previous articleNetizens surge in hopes of rescuing Hasbulla amidst Ukraine-Russia unrest
Next articleRahul Raju suffers a brutal 65-second KO against Drex Zamboanga at ONE: Full Circle