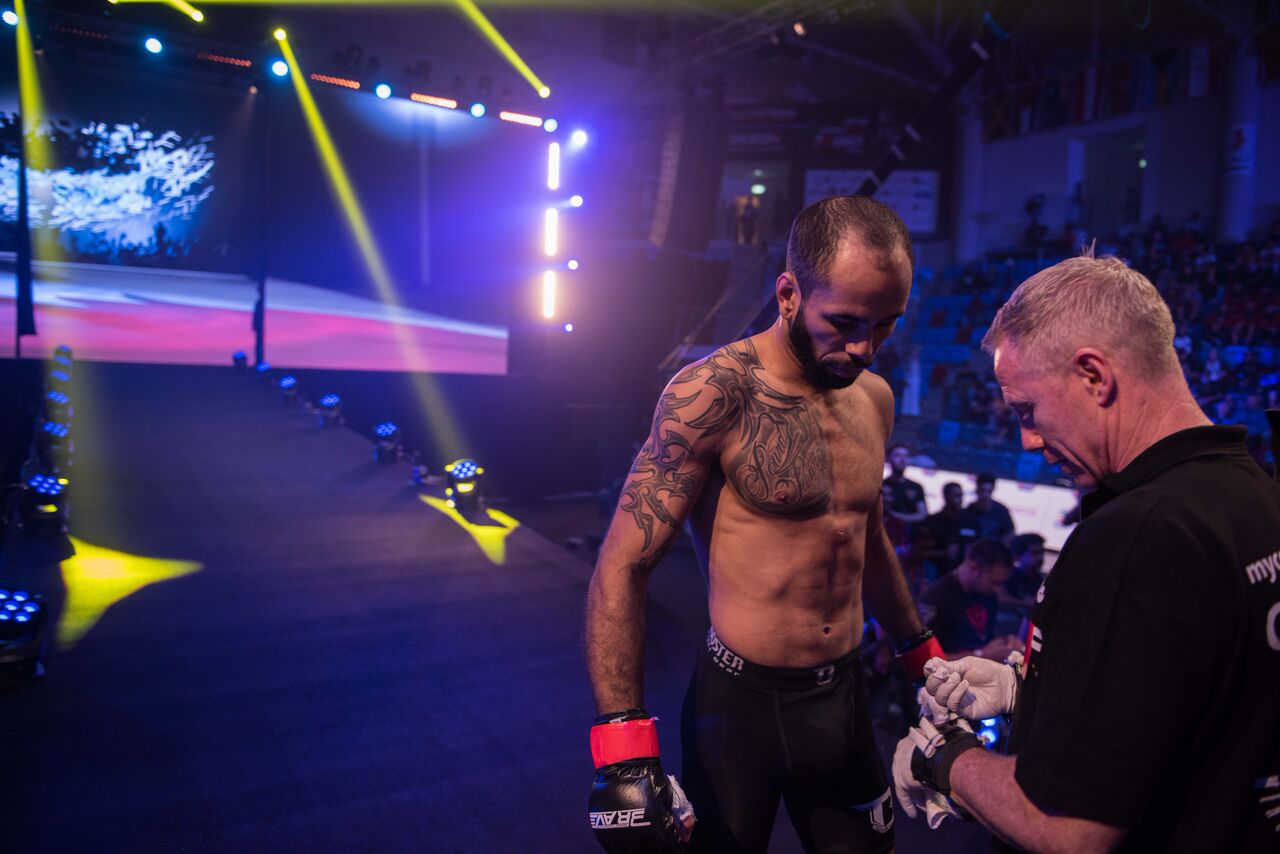 Brave 10: The Kingdom Rises, set for March 2nd, in Amman, Jordan, has suffered a small setback as Bantamweight Michael Deiga-Scheck was forced to pull out of his upcoming bout against Nawras Abzakh due to injury, Brave officials announced today.

The Brazilian was looking for his first win inside the Brave cage, but an undisclosed injury means he will have to sit out training for three weeks and has been ruled out of competition for the next couple of months.

Brave Combat Federation is currently searching for a replacement fighter to face Abzakh, who will make his second promotional appearance, this time at his home country, after coming in as a last-minute opponent for Felipe Efrain back at Brave 9, in November of last year.

Deiga-Scheck, who’s a dual citizen of Germany and Brazil, also fought at Brave 9 and was knocked out by Bantamweight contender Frans Mlambo, who now faces Efrain for the right to challenge current divisional champion Stephen Loman.