At UFC 270 Deiveson Figueiredo recaptured his flyweight title from the hands of Brandon Moreno in their trilogy fight. The duo had fought twice before heading into their trilogy fight. After winning the vacant flyweight title Deiveson Figueiredo made his first title defended against Alex Perez and won the fight in round one. Figueiredo then faced Brandon Moreno at UFC 256. This was the UFC’s fastest championship turnaround, at 21 days. After five rounds of back-and-forth fighting, the fight was declared a majority draw. Figueiredo then faced Moreno in a rematch on June 12, 2021 at UFC 263. He lost the bout and the title via a rear-naked choke submission in round three. 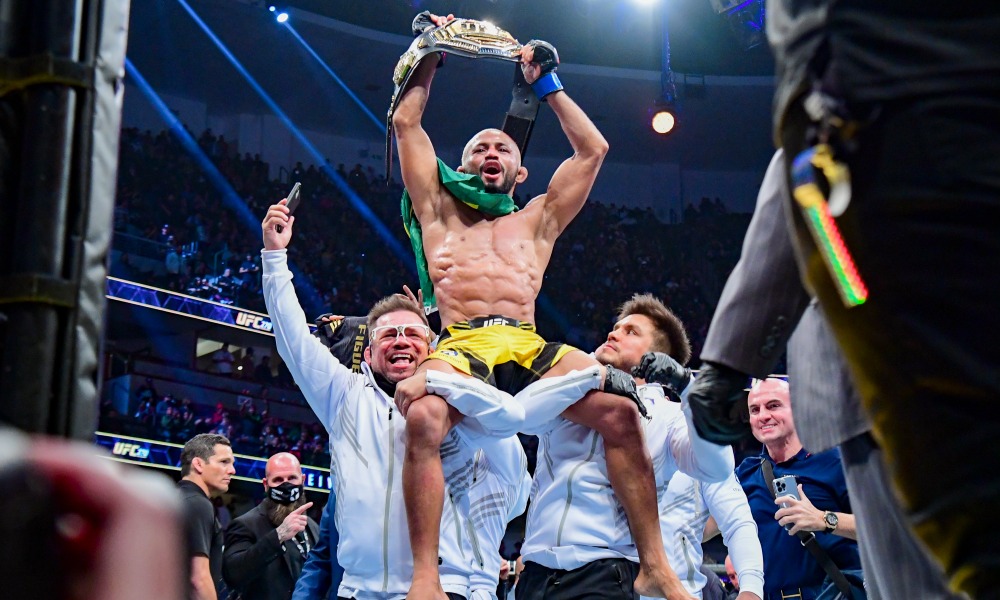 Now the duo fought for the third time at UFC 270 in the co-main event spot. This fight was again a war between two of the best flyweight in the world. Deiveson Figueiredo won the bout via unanimous decision, becoming a two-time UFC Flyweight champion in the process.

Deiveson Figueiredo ready for a fourth fight against Brandon Moreno 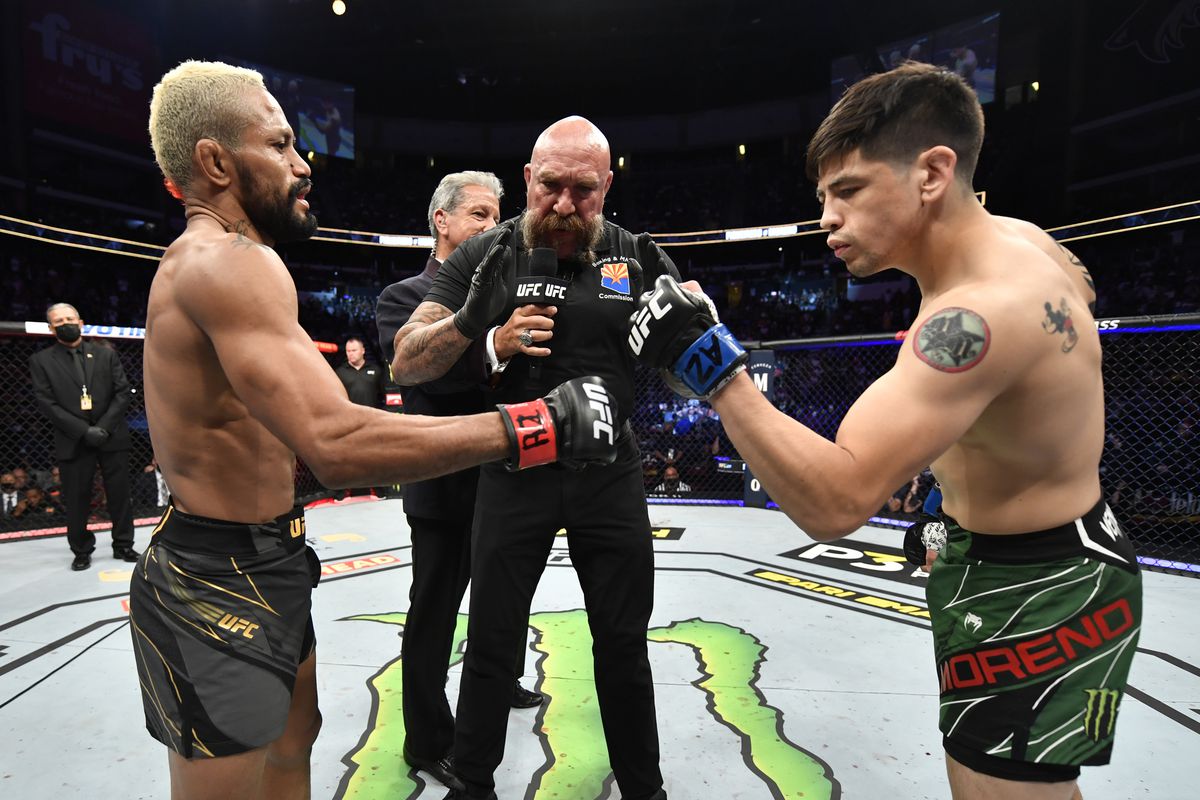 “It was 4-1,” Figueiredo told reporters including MMA Junkie at a UFC 270 post-fight news conference. “I mean, there were five knockdowns. It was 4-1. They could’ve just given me every round.”

“Crybaby,” Figueiredo said of Moreno. “Let’s go to the next one, man. Let’s take it up (during) the next one.”

After the fight was over and Figueiredo was declared the winner, the Moreno supporter crowd

“Yeah, I initially said Mexico,” Figueiredo said. “But I think if we go to Mexico… we might not leave. So I think that we’re considering Brazil might be a better option. … (With Mexican fans), I can definitely feel the warmth. I love when people yell at me and just swear at me. I love Mexico so much. I cherish it so much that I’m going to make a video for him eating burritos and saying how much I love Mexico, all right? I wanted to knock him out and I felt the crowd was feeling it. If it wasn’t for those 30 seconds, I think I would’ve done it.” 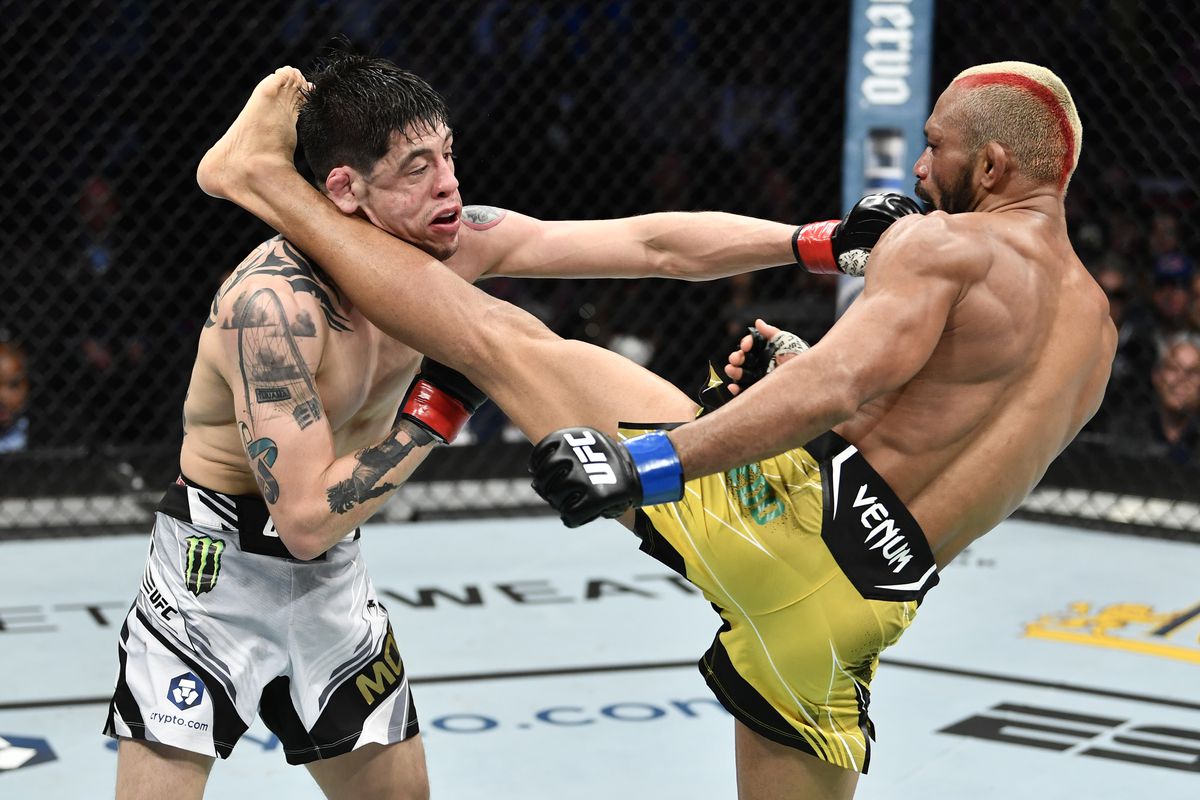 “The first thing, going back to Scottsdale with this team that’s helped me so much,” Figueiredo said. “These guys, they gave so much of them to me, to transform my game. This is not just my belt, this is their belt.”

Brandon Moreno was also ready to take that fourth fight and in his octagon interview, he revealed that he wasn’t happy with the decision and is open for the fourth fight. If the fight does happen it will be the first fight in UFC history where the pair will be competing for the fourth time.