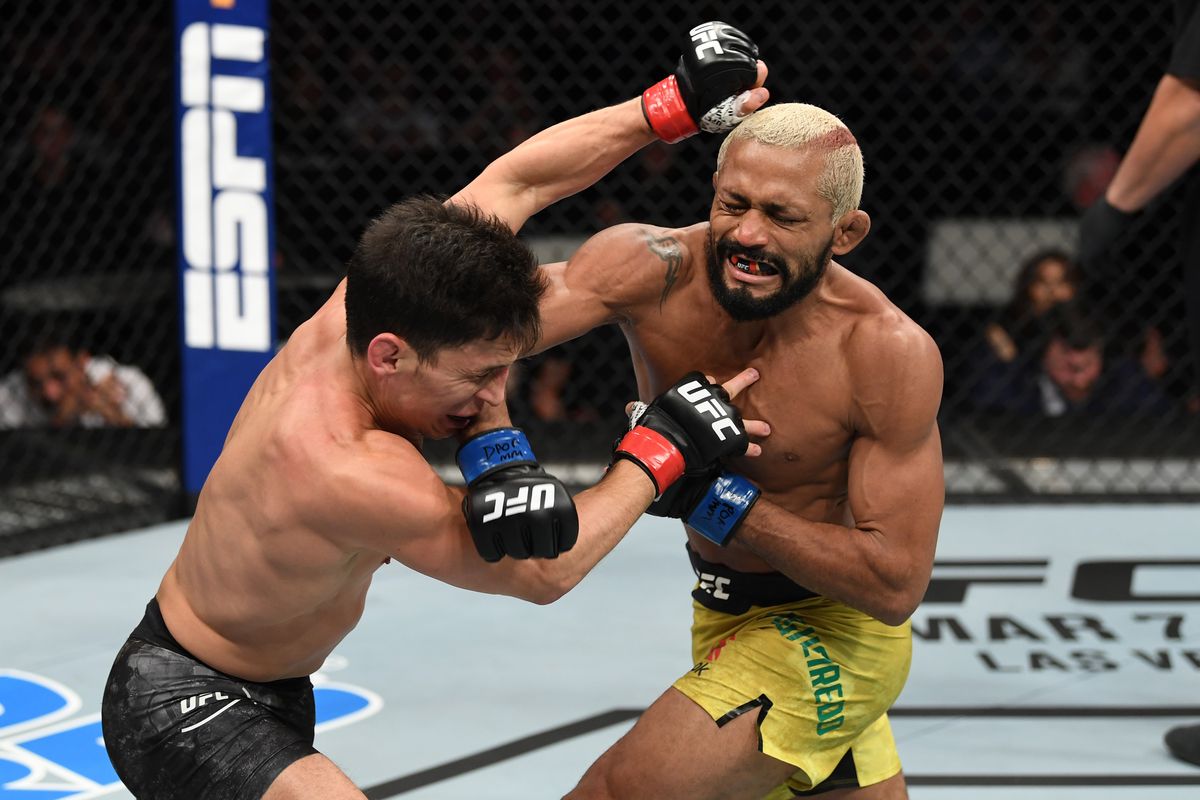 The pair are scheduled to fight at UFC Fight Night card on July 18. Deiveson Figueiredo’s manager Wallid Ismail stated that his client was slated to fly from Sao Paulo to Abu Dhabi, but following the positive test, he won’t be flying now.

He blamed his client’s positive result on the test and slated that Deiveson  Figueiredo had COVID-19, two-months ago, but had tested negative after.

“He couldn’t have tested positive because he had COVID two months ago,” Ismail said.

The pair previously fought at UFC Fight Night in February earlier this year. In their first meeting, Deiveson Figueiredo defeated Benavidez via TKO in the second round. The fight will be a part of Fight Island which is a four UFC event taking place at the Yas Islands in Abu Dhabi.

The first fight which took place in Norfolk for the vacant flyweight title. However, Deiveson Figueiredo couldn’t win the title despite knocking out Joseph Benavidez because he came in two and a half-pound over the flyweight limit. The missed weight immediately made Figueiredo ineligible for the title.

In an interview with Yahoo Sports, Joseph Benavidez said that weight played an important factor in their first fight as he believes that the Brazilian had a fifteen-pound weight advantage over him.

“Missing weight doesn’t come down to a one-pound or a two-pound difference, whatever people talk about,” Benavidez said. “It’s a lot more than that. He was walking around so big and was undisciplined for weeks before that. To get to the weight we’re going to like we’re supposed to professionally that day, it takes weeks of transforming your body. If you don’t do that and you’re not putting in the work to start transforming your body, that’s when you start missing weight.

“For him, it wasn’t the one or two pounds. It was him walking around at 150 the week before, therefore probably going into the cage at 150. Me, knowing I had to get to 125 safely, I was walking around at about 140. So when we got into the cage, he had something like a 15-pound advantage, which is three weight classes.”  (H/T – Yahoo Sports)