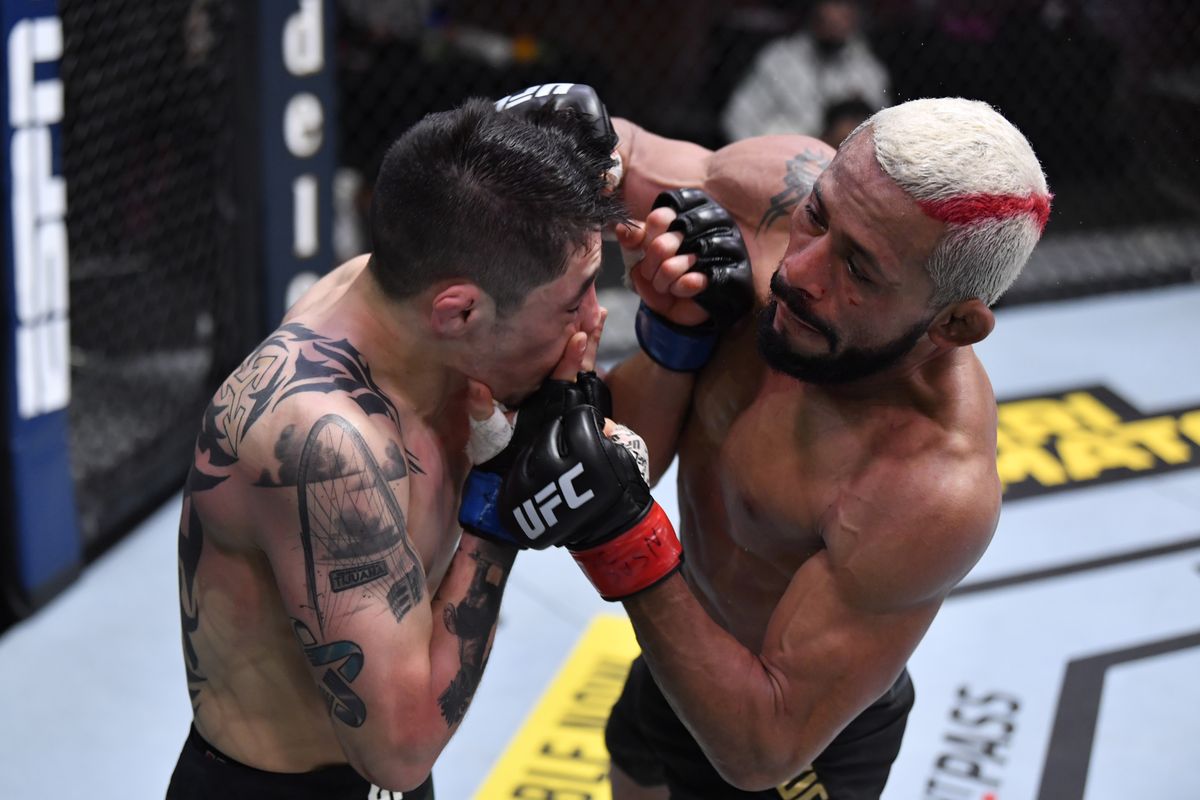 UFC flyweight champion Deiveson Figueiredo had an incredible fight against Brandon Moreno earlier this month at UFC 256. The fight ended in a draw and Figueiredo retained the title.

There was also a one-point deduction for Deiveson Figueiredo in the third round after a low blow. However, despite all of this, he believes that he won the fight.

Deiveson Figueiredo spent the night before the fight in the hospital

He also revealed that he had spent the night before the fight in a hospital and he isn’t sure about the reason behind it.

“I had that infection that almost took me out of the fight,” Figueiredo said. “My father taught me to be a man and I didn’t want to pull out. I said to myself, I want to fight and bring this win home.

“I was warming up and had no idea what would happen in this fight. I had a feeling it would be a tough one because that infection completely took me out of the game. Inside me I knew I wouldn’t be able to be the fighter I am. I like to finish people, but something inside of me said it wouldn’t be easy — and that’s what really happened.” (H/T – MMAFighting.com)

How do you guys think will the rematch go? Let us know in the comments section below.