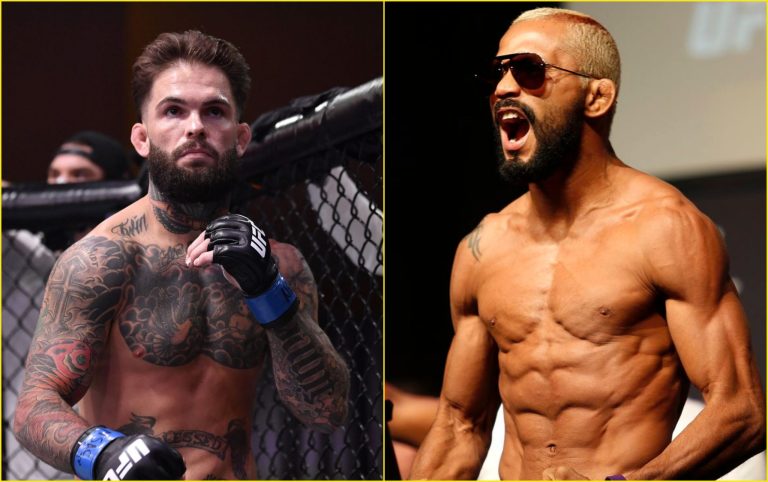 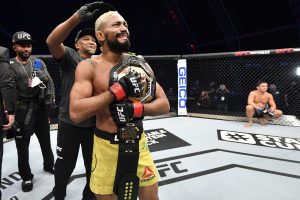 Cody Garbrandt coming down in weight class to fight the Brazilian is going to have more interest amongst fight fans.

Deiveson Figueiredo says unfair to give Garbrandt a title shot

Speaking to MMA fighting, Deiveson Figueiredo he didn’t think that it was fair to give Cody Gabrandt a direct shot at the flyweight title.

“We want him to prove he can make 125 pounds and fight someone in my weight class,” Figueiredo said. “After that, if he wins, he can come fight me. But we don’t agree with him coming down and skipping the line and going straight for the belt against me. He needs to prove he can make 125 and fight someone. It would be unfair if the UFC puts him straight for the belt. I think the UFC has to respect the others that worked hard for a title shot.”

There are several top contenders for Figueiredo to fight at flyweight like Alex Perez, Brandon Moreno, Askar Askarov etc.

“To me, they see me as a weak fighter, someone easy to be beaten, and every time I fight I show them I’m not that guy,” Figueiredo said. “I’m a strategist, a killer. I can kill their games and knock them out with ease. I can submit them. I can describe what will happen in the fight. I can see it way before it happens. They better be prepared, because I’m ready to knock out every single one of them.”

Figueiredo stated that he would easily knockout Askarov and submit Moreno.

“I think Brandon Moreno would be a great fight, or even [Askarov],” Figueiredo said. “It’s up to the UFC to decide which one is next. I guarantee you I can tell you right now what would happen.”

“I would definitely submit Moreno, brother,” Figueiredo said. “And Askarov, I would knock him out just to show him my boxing is better.” (H/T – MMAFighting.com)

Who do you guys think wins in a fight between Deiveson Figueiredo and Cody Garbrandt? Let us know in the comments section below.

Luis Pena suspended by NSAC over Marijuana use