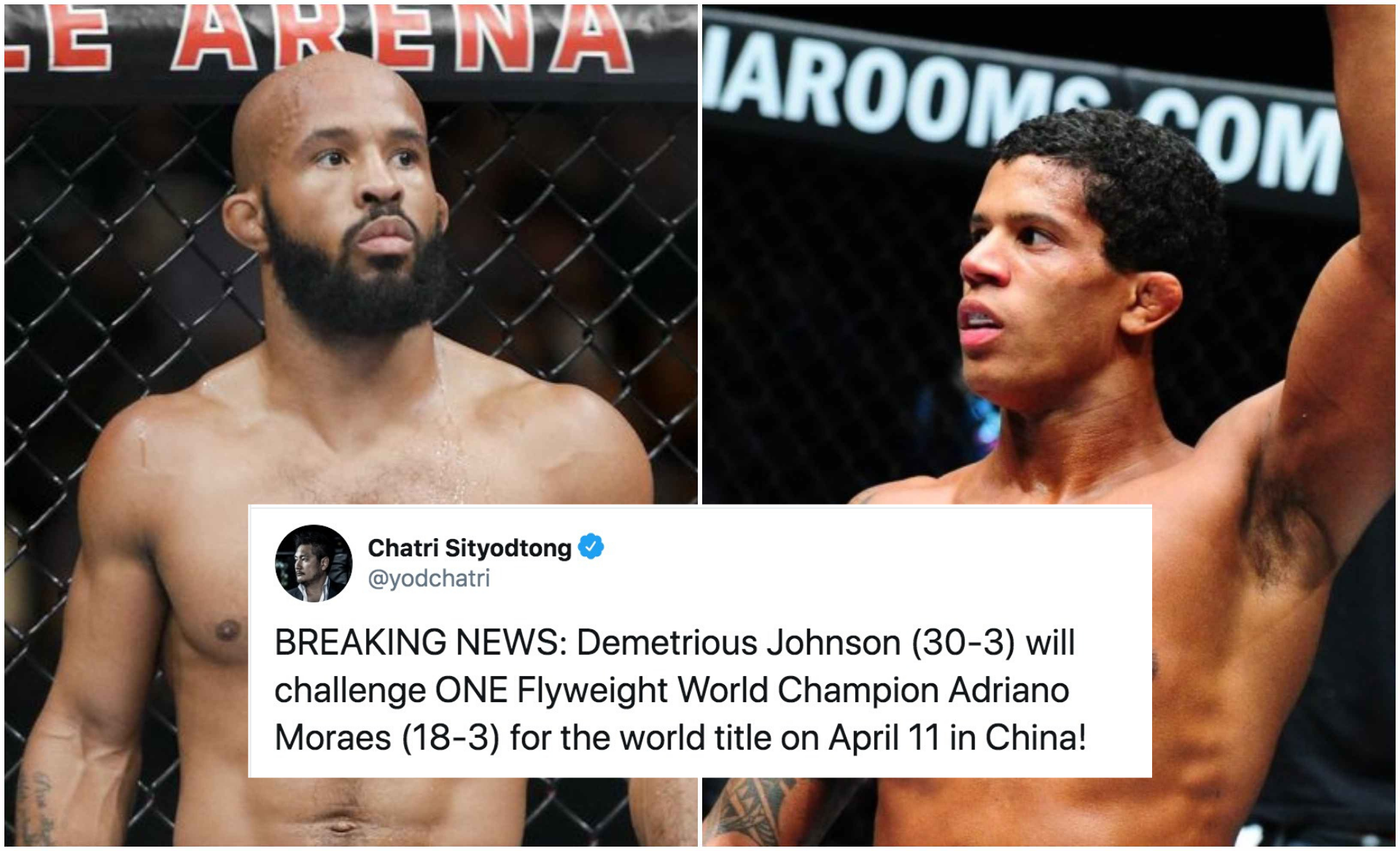 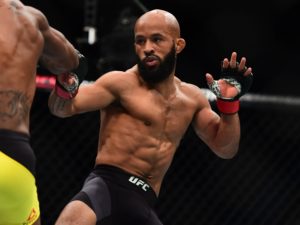 ONE Championship CEO Chatri Sityodtong took to Twitter to announce the news.

BREAKING NEWS: Demetrious Johnson (30-3) will challenge ONE Flyweight World Champion Adriano Moraes (18-3) for the world title on April 11 in China!

UFC traded Demetrious Johnson to ONE Championship for Ben Askren following his loss to Henry Cejudo at UFC 227 in August of 2018.

Ever since that trade, Johnson has been on a dominating run in ONE championship. He is on a three-fight winning streak in the new organisation and he also won the Flyweight Grand Prix in Tokyo last October at ONE: Century.

On the other hand, Moraes is coming off of a unanimous decision win over Geje Eustaquio at ONE Championship: Hero’s ascent last January. He became a three-time ONE Championship world champion. Prior to that, he had won the title in 2014 and 2017.

The Brazilian flyweight champion has a professional record of 18-3. His ONE championship record is 10-3.

Demetrious Johnson has been very happy spending his time in Asia. He also revealed in an interview a few months ago that the MMA fans in Asia are much more educated than their American counterparts.

“The audience there [Asia] are very very educated[about Martial Arts] because it’s part of their culture. They have grown up doing it,” he said.

“Here in America, as childrens we are doing football, basketball, maybe wrestling,but over in Japan or China, they’re doing some form of Karate, as a kid in Thailand, you’re doing Muay Thai, kick a bamboo tree.

So that’s like a difference in culture and when you competing the crowd is very quiet. When you pass a guard or something technical, they’re like [Claps] ‘Wow!! that’s beautiful’, it’s very different,” Johnson said. (H/T – ESPN)

Who do you guys think wins in a fight between Adriano Moraes and Demetrious Johnson?