Demetrious “Mighty Mouse” Johnson – The hero we need, but not the one we deserve 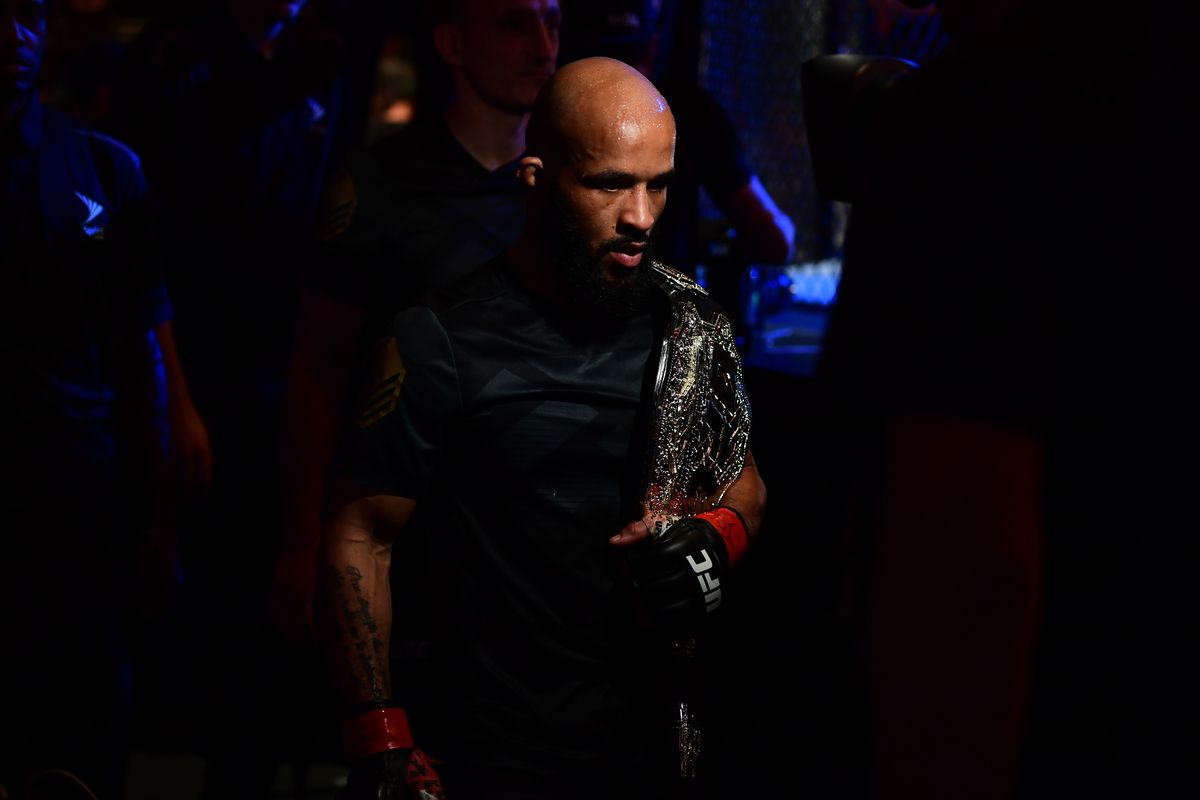 ‘Greatness’ – A nine letter word, that encompasses the career and legacy of someone unique. Throughout the history of civilisation, there have been individuals – revolutionaries, that have earned the right to be remembered for their achievements. Thousands that’ve gone on to carve their own space – their own image, embalmed in the pages of the greatest anthology known to mankind.

Throughout the ages, men have created a unique place in history for the athletes. From the hunters during the Stone Age, to the gladiators, fighting for nothing more than pride and restitution inside the Colosseum – history has always fondly remembered the warriors, those who were revered by the ordinary folk, and envisaged as the embodiment of Hercules himself by the Lords.

The art of fighting, or to be more precise, the ‘science’ – the sweet, unconditional synthesis of intuition, superior physical attributes, and more importantly – the elusive fight I.Q., is a fascinating thing to study. While most people believe that everything begins and ends with the carnal instinct, there is definitely a method to madness in high level combat sports.

This brings me to the topic at hand; this weekend is special for one particular reason. A fortnight ago, while the entire world was fixated on the spectacle, that was the Conor McGregor – Floyd Mayweather Jr. fight, one particular fighter was flying under the radar – understandably frustrated, questioning the very fabric of the fight game.

While we’re accustomed to singing praises of athletes – almost revering their presence, vicariously living through their eyes, one particular fighter was waiting in the trenches, assuring himself that he would, in a matter of days, once again remind the world of his existence.

Demetrious “Mighty Mouse” Johnson understands that he is, irrespective of what anyone says, living in the world of giants.

An unblemished legacy, far beyond our understanding 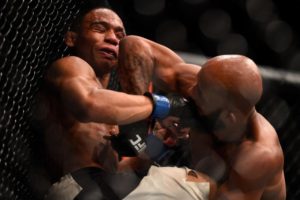 For the ardent MMA fans, there is one question that perturbs them; an angling to truly wrap their heads around the analytical nature of combat sports. There is nothing definitive; yet demystifying the ingredients involved — in breaking down the nucleus of the fight game is an enticing proposition. While many still do not completely understand its nature, there is one undeniable truth – a doctrine in the world of mixed martial arts.

The legacy of a fighter cannot be defined — or even validated by popular belief. However, Johnson’s body of work has put him among the elites; decades down the line, when someone looks back at the true revolutionaries of the sport, Johnson’s name will undeniably be at the very top.

One of the more pertinent questions in this day and age, is about Demetrious Johnson’s impact on the sport. Where does he rank in the list, among stalwarts such as Royce Gracie and Fedor Emelianenko? The answer to that question is inherently difficult to understand, and is more complicated than what meets the eye.

In a sport that primarily garnered attention due to its brutality, ‘Mighty Mouse’ can only be compared to a surgeon – meticulous in his approach, methodically breaking down his opponents, and caring more about the quality than the substance. Like a conductor, orchestrating his muscles to move in such a way that would serenade a fight aficionado, ‘Mighty Mouse’ comes as close to being a ‘complete fighter’ as possible.

Demetrious Johnson’s greatness eludes most people. While this has nothing to do with the obvious, the intrinsic nature of the fight game has everything to do with why Johnson, unlike his peers in the ‘pound for pound’ discussion, doesn’t come across as an attractive option. 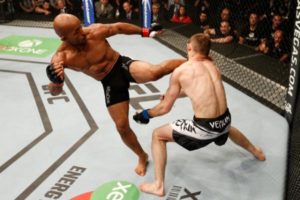 All of us make peace with certain facts, that cannot be altered. The elements of the inconvenient truth are often snared at, but there is nothing one can do to change facts. Demetrious Johnson understands that, unlike the heavyweights or light heavyweights, he cannot capture an ordinary fan’s imagination by slugging it out with his opponent.

Words we use, such as ‘art’ and ‘science’ are apropos to what DJ engineers inside a cage. Fighting at 125 lbs, Johnson will never sell out an arena, and ‘Mighty Mouse’ has made his peace with it. However, this Saturday, Demetrious has the opportunity to attain immortality; Johnson can do what no other champion, since the establishment of the institution we know as the UFC, has been able to accomplish.

While his peers were busy betting on who would win between McGregor and Floyd; while his boss was entangled in matters involving the distribution and allocation of revenues from the fight, Johnson circled September 9th on his calendar.

All Johnson needs to do, is to go out and do the dance one more time – one more night of meticulous approach; one more night of harnessing his abilities, visualising, contriving a finish that would put him a level above the rest of the fighters. One more night for DJ to cement his legacy as the undisputed best in the business today.

In the end, Demetrious Johnson is an asset to the sport – intangible in the way we understand his impact, at least for now. However, this Saturday – regardless of the outcome, will be a moment to cherish for the MMA fans around the world. DJ, at least for now, is the hero we need, but not the one we deserve.