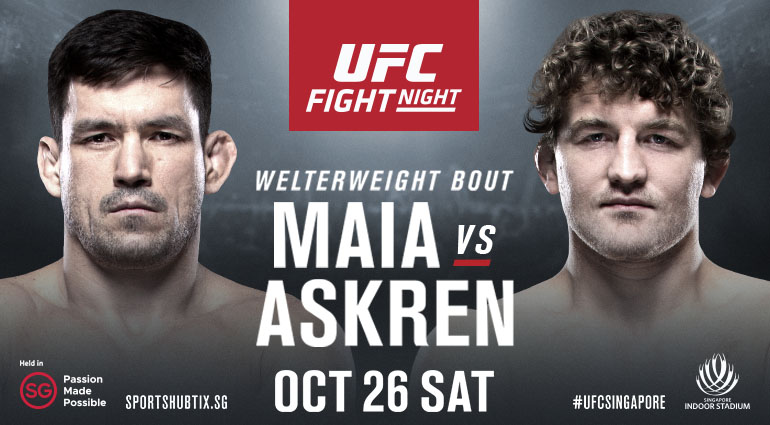 There are often certain fantasy match-ups in the fighting game that leave the fans wondering who will come out on top between two top quality athletes. Former UFC welterweight title challenger and BJJ wizard Demian Maia is arguably one of the most dangerous men in the UFC when it comes to grappling, similarly, former Olympic wrestler and former Bellator MMA and ONE FC welterweight champion Ben Askren is also one of the best grapplers in the promotion. Thus, when the UFC announced a fight between the two, fans were ecstatic. Now the official poster for Maia vs. Askren has dropped for UFC Singapore. 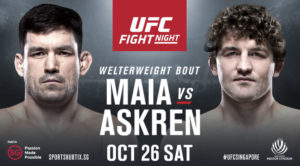 The official poster for the fight was released by UFC Asia on their Twitter account. Apart from Maia and Askren headlining the event. The fight card will also feature other exciting fighters such as Michael Johnson, Brad Tavares, Ashely Yoder, and Randa Markos, among many others.

You can check out the poster for the fight down below:

Your #UFCSingapore poster is here! 🇸🇬

Gegard Mousasi vows to retire if he loses against Rafael Lovato Jr. in rematch

Previous articleGegard Mousasi vows to retire if he loses against Rafael Lovato Jr. in rematch
Next articleUFC: Tyron Woodley: My spirit left my body in the Kamaru Usman fight