Deontay Wilder: My right hand is like the hammer of THOR 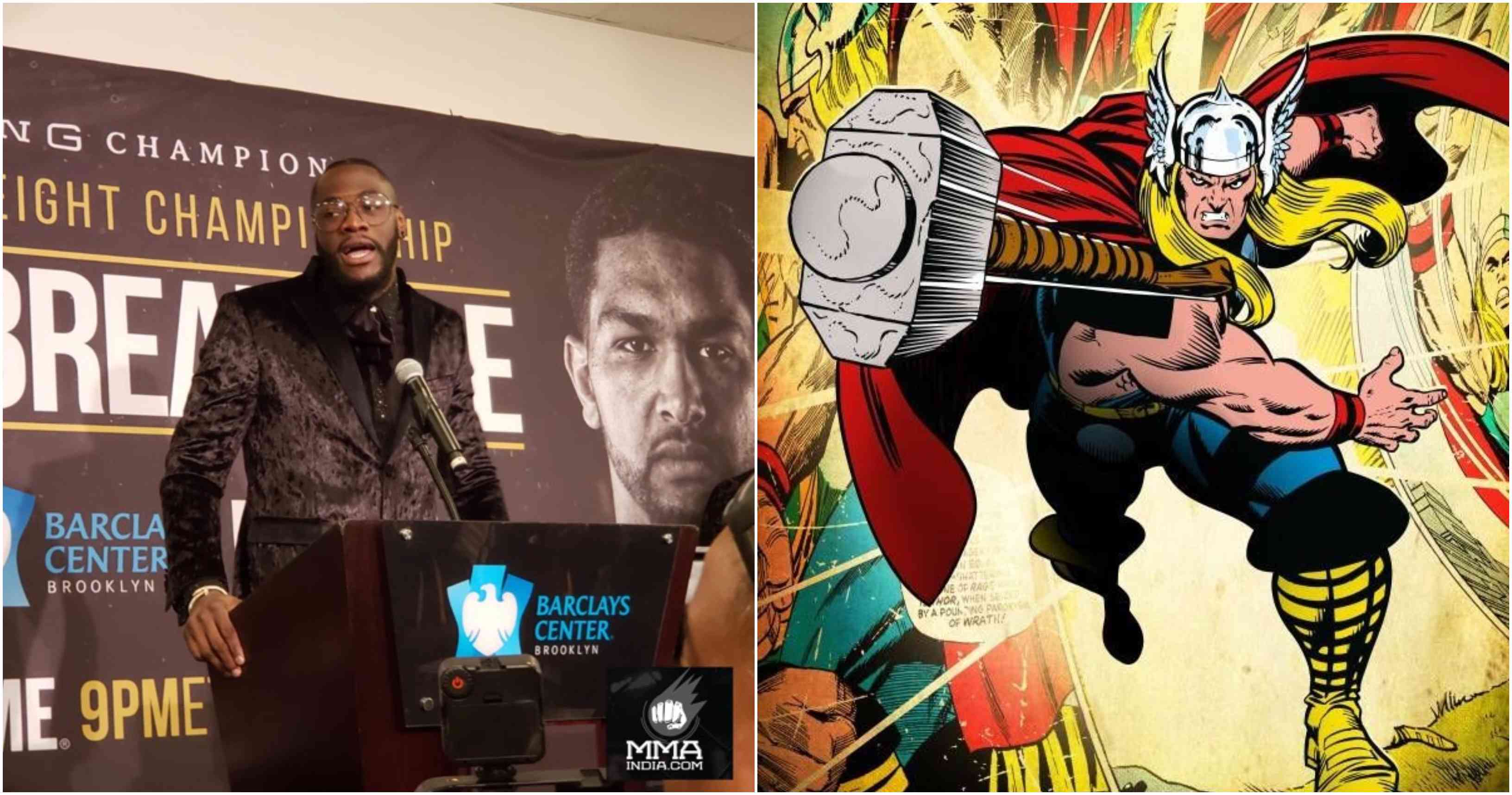 WBC heavyweight champion Deontay Wilder successfully defended his title as he knocked out Dominic Breazeale in the first round at the Barclays Center in Brooklyn, New York.

Deontay Wilder started the round like his usual self, throwing the long jabs, he hit Dominic with few clean shots and sends him into the corner, but Dominic comes back with his own hard right hand, which wobbles him a little, but it doesn’t take long as Wilder lands a clean a looping right hand to the jaw that drops Breazeale. He tries to get up, but couldn’t beat the referee’s count. 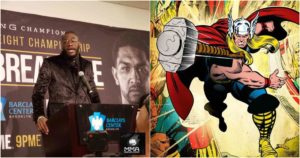 At the post-fight press conference, Wilder addressed the issue regarding his upcoming fight against Joshua, his devastating knockout victory over Dominic Breazeale, his future opponents.

As he walked into the press conference he addresses the issue of bringing the needed motivation for fights when a boxer has been champion for so long.

“With this fight, there was a lot of animosities, lot of chaos, a lot of bad blood between me and my opponent and that added fuel to my fire to get myself in the best shape I have ever been. This fight reminded me of back when I won a world title, I had to bring myself back down to the basics and I enjoyed every moment of it.” He said.

He then talked about the struggle, dedication and hard work it takes to be a fighter and keep yourself motivated.

“It takes a lot of hard work, it takes a lot of dedication to be a fighter, a lot of people don’t understand what type of work it takes to do what we do each and every night on top of risking our lives every time in the ring. As I said before our head is not meant to be hit in the first place and that’s why you must respect all the fighters that step inside the ring no matter what type of level they are,”

“We pay a price each and every time, there’s no money in the world that can amount to our lives or going back to our families and I know I say a lot of things and I mean a lot of things and like I said I come from the old school of things……when you got animosity against each other, you have to put your hands on somebody and after that you can hug each other, love each other and live to see another day.” Wilder was heard quoted at the press conference in the Barclays Center.

He then went on to describe his freakish power and said that he doesn’t even know what to call his right hand anymore but preferred it to be called as the hammer of Thor.

He was then asked about his future fight, he said he isn’t sure who he will fight next. He, however, said that he wants the best fight possible next.

“I don’t know what’s next, to be honest, there are so many different things going on, there are so many different opinions…….I just want the best fights possible. I have tried to prove myself for a very long time especially in America. It was dead here for 10 years. No one even knew who the heavyweight champion on the world was and then here I come a country boy from Tuscaloosa, Alabama trying to put it back on the map.” He said.

VIDEO: Deontay Wilder brutally knocks out Dominic Breazeale in the first round