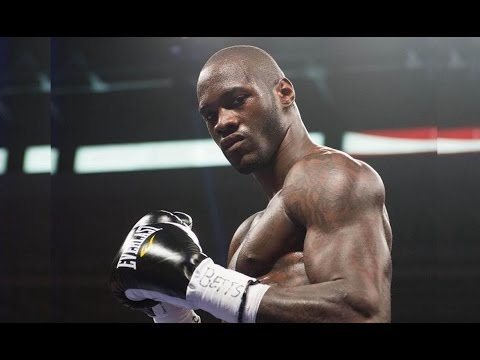 It feels like almost everyone has voiced out their opinion about Mayweather vs. McGregor bout which took place last August and a potential rematch inside the octagon. This time its WBC heavyweight champion Deontay Wilder who has joined the long list of people who have made their views public on a potential rematch between May-Mac inside the octagon.

Wilder became the first American in over nine years to have won a world heavyweight title in boxing. “The Bronze Bomber” last fought Bermane Stiverne, he won the fight via knockout in the first round.

Floyd Mayweather Jr. defeated Conor McGregor in a boxing match last year. The rumours about the two locking horns in a MMA bout have been gaining a lot of steam lately. Hence, it has left a lot of fans as well as pundits wondering whether a fight in the UFC would materialise or not. Hence, when a fan asked Wilder about the potential fight, he bluntly replied that Mayweather won’t compete in MMA. Here’s what the boxing champion had to say:

“I don’t think he’s (Mayweather) gonna do it….Why would he get in the octagon?

I don’t think he’s ever coming back. Why would he come back? For fan’s pleasure. Most of the people hate him, they want to see him lose.

He’s living his life right now. Enjoy your family, live like you want to. That’s the whole idea. That’s where we all are trying to get to.”

Wilder has raised some valid points. However, money can play a huge factor in the making of such fights. Even ‘Money’ Mayweather will surely be tempted to give MMA a try for $500 million.