Deontay Wilder says he would kill an opponent in MMA fight 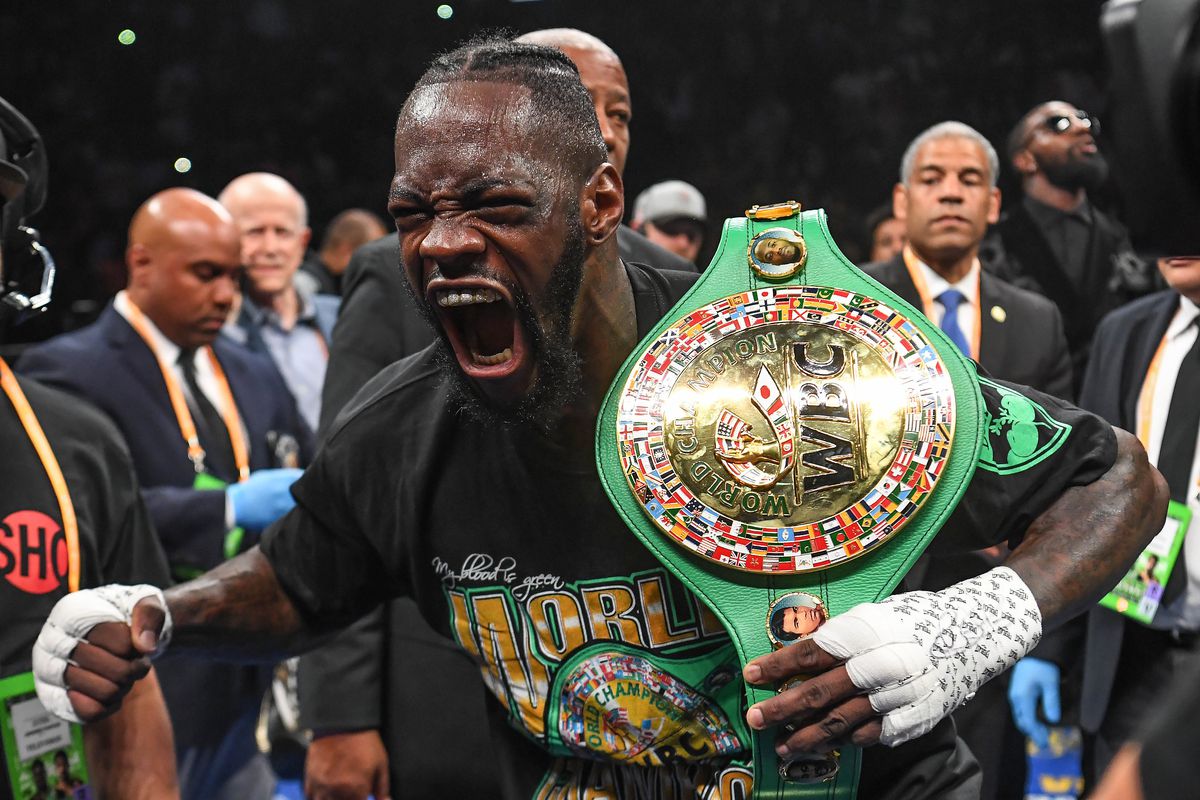 Following the footsteps of his fellow heavyweight Tyson Fury, current WBC heavyweight champion Deontay Wilder has expressed in stepping inside the Octagon.

The undefeated heavyweight is scheduled to fight Tyson Fury in a rematch at the MGM Grand Arena in Las Vegas on February 22. However, that hasn’t stopped him from wanting to try MMA. 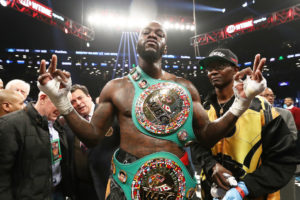 Deontay Wilder on transition to MMA

In a recent interview with ThaBoxingVoice, he talked about the possibility of making a transition to MMA.

“I’ve spoke out about that before, of course, for me I’ll fight you in my sport and I’ll come to your sport and do it too,” Wilder told ThaBoxingVoice (transcript by TalkSport). “I feel MMA, they allow you to get on top of your opponent and bash his face in with velocity and speed coming downwards.

“Four-ounce gloves, I already talk about getting people out of the ring, but that would definitely be the sport where I show it, man.

“It’s just different rules, different things, I’m built with a set of skills, I have a lot of intellect and a lot of knowledge of combat, period.

“So I see all the MMA guys always come to boxing because in boxing you have to stand on your feet, you have to be a motherf—ng man for 36 minutes,” he added during the interview. “But I wouldn’t mind going into his world as well too. One for one. May the best man win.”

Moreover, he went on to say that he is too dangerous for the sport of MMA. He said that he would kill his opponents inside the Octagon.

“I really would end a life because I have the power to, and that’s just the damn truth.”

Tyson Fury also expressed interest in fighting inside the Octagon

Lineal heavyweight champion Tyson Fury has also expressed fighting inside the Octagon. He also posted a video of him training alongside former UFC title challenger Darren Till. He revealed in an interview last month that he was athletic enough for the sport.

“Big shout-out to Darren Till. You know I’ve always been interested in fighting, it’s where I come from. Whether it’s boxing, kickboxing, MMA, it’s all like contact sports, isn’t it? I think I’m athletic enough to do any fight sport for sure – nobody can tell me it’s too dangerous if you’re gonna get your arm broke or whatever,” Fury said on the True Geordie Podcast.

Are you guys interested in watching Deontay Wilder fighting inside the Octagon?

Previous articleNAMASTE INDIA! Conor McGregor has a message for Indian fans
Next articleUFC books Tyron Woodley vs Leon Edwards for the London card