Derek Brunson eyes fight with Jack Hermansson and Darren Till 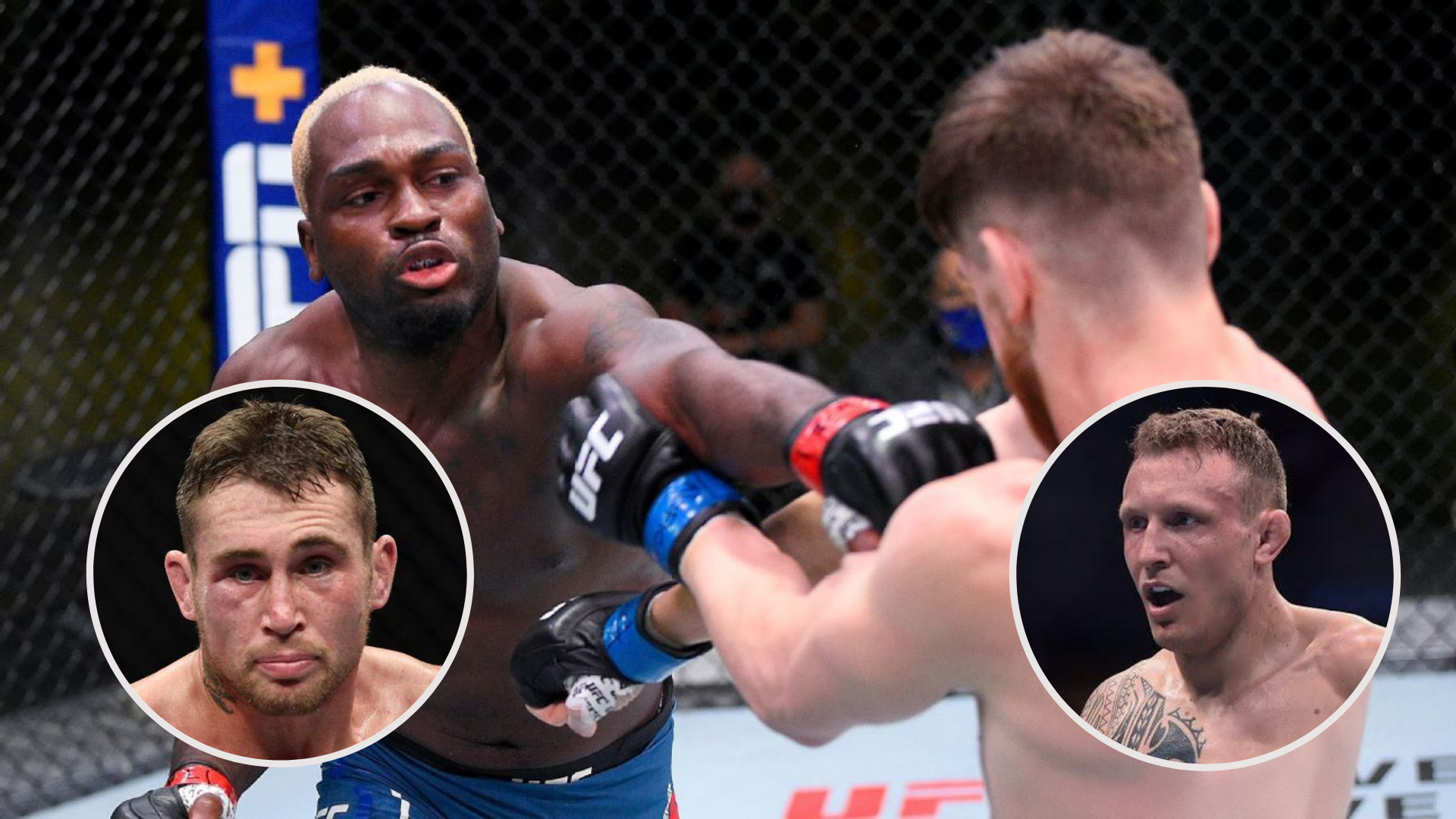 Derek Brunson is coming off the biggest win of his career over a rising prospect Edmen Shahbazyan at UFC Vegas 5, now aims to fight either Darren Till or Jack Hermanson in his next bout.

Brunson holds one of the most impressive resumes in the UFC middleweight division. He holds a win over Lyoto Machida, Ian Heinisch, Uriah Hall, Chris Leben. At UFC Vegas 5 Brunson was set to the battle against an up and comer Edmen Shahbazyan.

He was a betting underdog but proving all odds wrong he finished Edmen in 3rd round by TKO. Derek Brunson used his striking and wrestling to drain Edmen and then ending up on the top of him to land some brutal ground and pound.

Derek Brunson had to deal with some early adversity as Shahbazyan hit him with some good clean blows but he manages to stay on his feet even with wobbly legs before using his wrestling to gain the advantage in the fight.

Derek Brunson calls out his next opponent

Derek Brunson after the win over Shahbazyan is eyeing over another top middleweight contender as one or two more wins will put him next in line for the middleweight title. Just 2 days after his win Brunson took twitter shot aiming what opponent he may be looking forward to fighting in his next match. 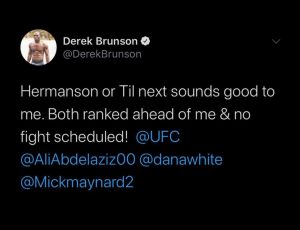 “Hermanson or til next sounds good to me. Both ranked ahead of me & no fight [email protected] @ALIABDELAZIZ00 @DANAWHITE @MICKMAYNARD2,”— @DerekBrunson

As per the current middleweight rankings, Darren Till ranks at no 6 and Hermansson ranks at no 4, whereas Derek Brunson is at no 8 after his last win. Both the fight are beneficial for him as a win over any of them can place him in a better spot in the division. Darren till is coming off a unanimous decision loss to former champ Robert Whittaker. Hermansson just got a submission win in the first round over former title contender Kelvin Gastelum at UFC Fight Night: Figueiredo vs. Benavidez 2.

Fighting either Till or Hermansson is going to be a great matchup and would be perfect for the division as a new top contender may rise. Later in September, the current reigning defending UFC middleweight Champion Israel Adesanya will put his belt on the line against one of the most dominant in the division Paulo Costa at UFC 253.

So it will be a good opportunity to see Brunson fight against a top middleweight which can give him a future shot at a middleweight Championship.