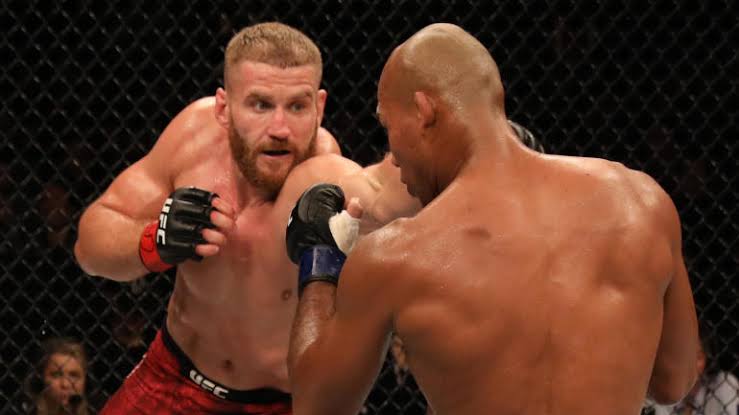 Blachowicz played a similar role in his last fight as he welcomed former middleweight champion Luke Rockhold to light heavyweight. Blachowicz brutally knocked Rockhold out to the extent that Rockhold had a broken jaw. The MMA community expected a similar performance from Blachowicz this time around. On the other hand, fans expected a lot from a rejuvenated Jacare as well. That was not to be as both ended up going 25 minutes for a fairly uneventful fight wherein Blachowicz edged Jacare via a split decision. 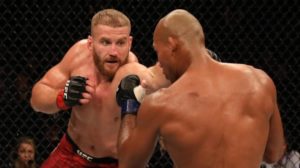 UFC middleweight Derek Brunson took to social media to take a jab at Blachowicz. Brunson posted a picture of his daughter sleeping, claiming Blachowicz’s fight put her to sleep. (via Twitter):

Y’all mad , im happy . Jan and Jacare put my baby to sleep, thanks fellaz . I feel like I need to pay a babysitter’s fee 🚫🧢😂 #UFCSP pic.twitter.com/Q4UI4vE7ar

Blachowicz however took it sportingly further replying,”Everything for kids man”. Brunson further gave credit to Blachowicz for getting the job done. (via Twitter):

Everything for kids, man 👶 https://t.co/JQYMynYq7J

A lot of strategy and jocking for position there . Good job leaving a lasting impression . Congrats !

The fight turned out the way it did for a plethora of reasons. Blachowicz reportedly injured his foot which tailored his output and was also cautious of Jacare taking him down. Jacare on the other hand, was finding it difficult to close the distance and get a takedown on much bigger Blachowicz.