Mackenzie Dern changed gyms after her husband fought with her coach 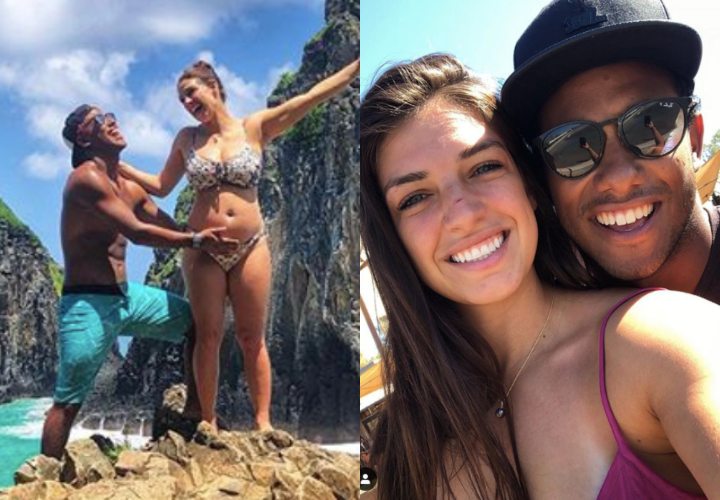 Mackenzie Dern switched coaches ahead of her UFC Vegas 11 fight against Randa Markos due to her ex-coach fighting her husband. 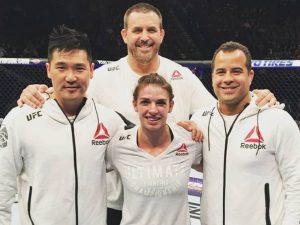 Following the incident, Dern left the gym and is now training with Jason Parillo ahead of this fight. It is no doubt a big fight for Dern who is looking to make it two in a row and potentially get ranked. Wesley Santos, Dern’s husband, is a professional surfer with no known mixed martial arts experience. Dern’s father also got involved in the fight.

Dern details the brawl between her coach and husband

“My ex-coach Juan Gomez, I don’t know what happened that he called us to go to the academy to talk,” Dern said on the What the Heck show. “I think he was unhappy with a bonus, like money-wise for my last fight. Basically, I always ask my coaches, Hey, during camp, if you have anything, just talk to my husband. Obviously, at home me and him talk about everything, so we’re the same person, but when I’m in camp I don’t want to have to think about it. I don’t want to think about money or coaches or anything like that, let’s just talk about training.”

“So my husband talked to him. My husband’s like this surfer guy, you know, totally good vibes, afro, definitely not the fighter style. He went to go talk to him and [Gomez] was just like, No, if you want to come to the academy, come to the academy and we’ll talk, and hung up. We went to the academy and he just swept dirt onto my husband, pushed him, and my husband pushed him back and they just went into a fistfight. It wasn’t like a brawl, a crazy brawl, it was like a street fight or technical fistfight. Back and forth, my husband’s doing feints, and I’m like, Where’s he learning all this? It was so crazy.”

“My dad’s there trying to coach his son-in-law, ‘Okay, turn to your right, you’re doing good.’ And they’re fully fighting and my husband did so good. As soon as I saw that my coach attacked my husband, that just finished it for us. I love Black House and everything they’ve done for me, but that coach, I can’t work with that. No matter how much, I don’t know, if you’re mad about it because your bonus wasn’t high enough, you just can’t attack someone.”

Namiki Kawahara has yet to compete in ONE Championship, but that will change this Friday, 22 January, when Lito “Thunder Kid” Adiwang welcomes the...
Read more
- Advertisement -