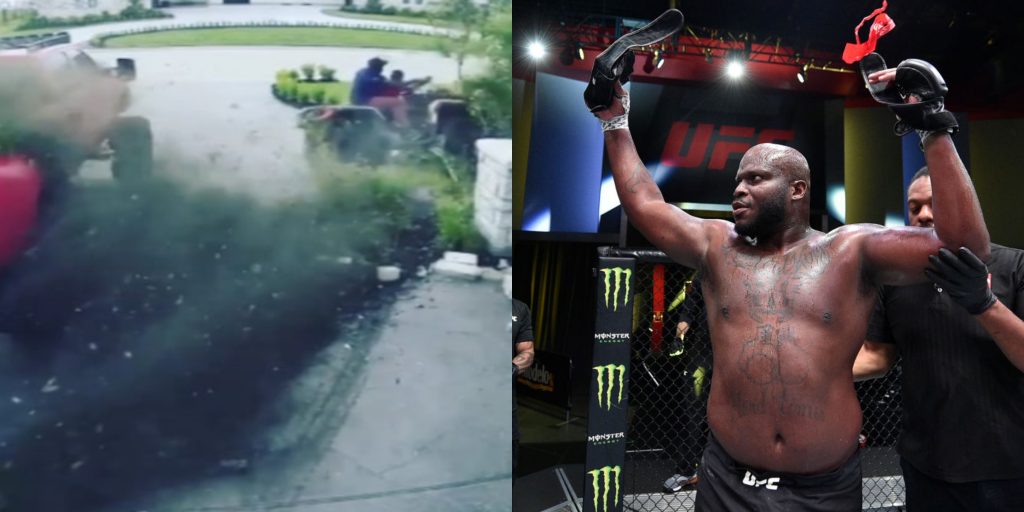 UFC heavyweight fighter Derrick Lewis and his son recently met with a small accident outside their home where they crashed their ATV into a pillar and later Lewis posted that video on Instagram saying “He’s OK”.

Derrick Lewis and his kid luckily didn’t hurt themself after a scary moment on the driveway, he even posted the video of the incident on Instagram saying he’s OK. Derrick Lewis apart from his brutal knockout power and his fighting heart is also known for his humor and sarcastic nature. The way he carries himself and has is very own gimmick in UFC has made him fan favorite. 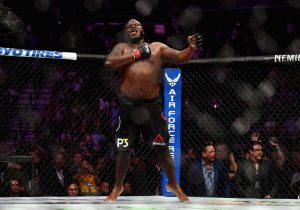 On Wednesday, Lewis posted a video on his Instagram page that, at first, it looked like one of the funny memes videos he usually posts. It was soon clear, though, that this time Lewis was one of the people in the video. Lewis posted surveillance footage from outside his house in Houston where he was sitting on a quad bike in the driveway with his two sons standing by. Lewis picked up one of his children to sit in front of him, and as he sits down, the gas throttle is hit. His son then obviously hits the gas, sending the ATV crashing through a small garden, a stone pillar, and finally out onto the lawn.

In the caption of the post, he wrote “He’s ok.”

After his last fight with Alexey Oleynik, Lewis was asked about the potential fight with Blades to which he replied:

“I don’t understand what he’s talking about,” he said ahead of his win over Oleynik. “This will be my twentieth UFC fight and I have fought all of the tough guys in the Octagon and he’s now just coming up on the radar. I don’t even know how many fights he’s had in the UFC for him to talk like he could take me.”

“I already fought just about everybody in the Top 10,” Lewis added. “The only guys I haven’t fought are Overeem and him. I’ve been asking to fight Curtis and Overeem. Overeem turned me down like three times in this past month before Oleinik popped up. And I asked for Blaydes, and if he doesn’t believe it he can ask Mick Maynard.”

Derrick Lewis last fought on August 8, when he picked up a second-round knockout victory over Russian submission specialist Alexey Oleynik, setting the record for most knockout wins in UFC history in the process.“The Black Beast” is scheduled to fight Curtis Blaydes in the main event of the UFC’s Nov. 28 fight card. A location has yet to be announced.