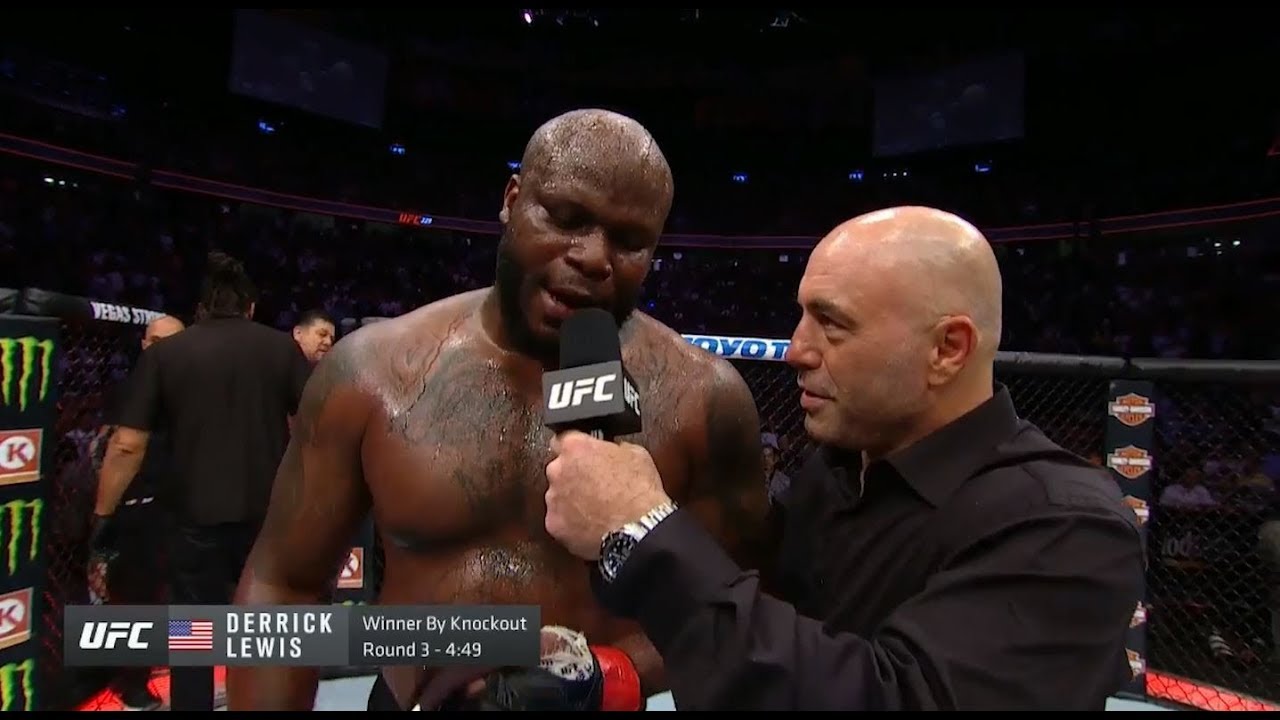 Derrick Lewis caused a small meltdown of the internet Mixed Martial Arts fans when he became a sensation following his UFC 229 fight with Alexander Volkov. After the fight, before the post-fight interview, he took off his pants. He was asked to put them back on again, something he did reluctantly. Recently in an interview, he revealed the real reasons for his actions.

In an interview, with MMA Fighting, he was asked about the incident. When he had been asked about it at first, inside the Octagon by Joe Rogan he had said that his ‘b***s’ had been hot.

In this interview, he laughed at the idea that people had believed him. He continued saying that he didn’t know Joe Rogan was about to ask him that, so he had not been prepared and said the first thing that came into his head.

As for the real reason he had taken his shorts off after the fight, Lewis revealed he thought he was going to throw them into the crowd to celebrate.

“I took my shorts off to throw it into the crowd, but Joe Rogan, he asked me that, I didn’t know what to say.”

While his comments might have stirred up quite a few fans who loved the humorous aspect, going into his fight with Daniel Cormier at UFC 230 for the Heavyweight Title, Lewis said that he was feeling good and ready.