Derrick Lewis reportedly came into the JDS fight with a torn ACL, MCL and meniscus 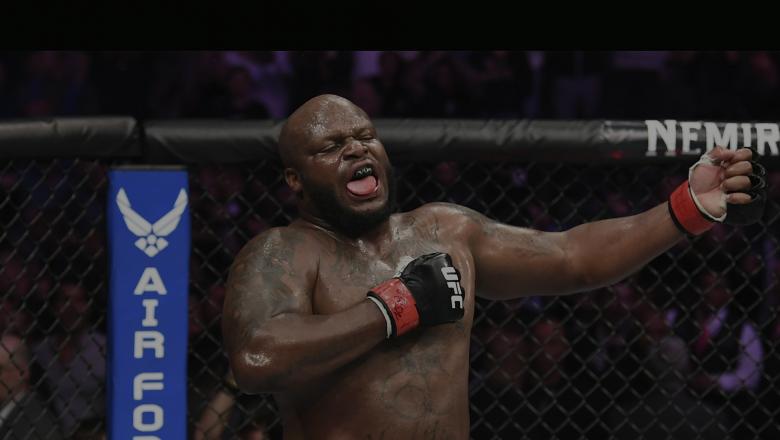 Derrick Lewis and Junior Dos Santos squared off in the Octagon in the main event for UFC Wichita. The two fighters both had a lot to prove, but unfortunately for Lewis, it was Dos Santos who got his point across. In the second round of their fight, Junior Dos Santos made the difference and put Derrick Lewis out at 1 minute and 58 seconds to pick up the win.

Now, it appears, that there was more to the story behind Derrick Lewis at UFC Wichita than was made apparent to the audience. Helen Yee spoke to sources in Derrick Lewis’ camp, who made it clear to her that Lewis had myriad injuries heading into his fight against Junior Dos Santos.

Spoke to sources in Derrick Lewis’ camp who tell me Derrick came in w torn meniscus, ACL & MCL from a month ago. Lewis refused to pull from fight. That's why Bob told him to finish after the first round. It wasn't just his stomach. Knee was giving out. What a warrior #UFCWichita

Lewis apparently came into the fight with a torn meniscus, ACL and MCL from a month ago. That was also the reason that he was being told to finish the fight in the second round. Unfortunately, his knee was giving out and could not continue. It was not only that his stomach was in pain, but he could also hardly stand.

PLEASE NOTE: They are not making excuses at all, just informing me what happened.

Yee went on to say that the camp was not making excuses for the loss, but actually informing her of what took place.