The owner of the most knockout finishes in UFC history, Derrick Lewis has revealed his most favorite knockout win out of the 13 knockouts he has scored in his exciting UFC career. Derrick Lewis in his last fight fought UFC’s new rising prospect in the heavyweight division Chris Daukaus. Lewis faced Chris Daukaus on December 18, 2021, at UFC Fight Night 199. The fight was a one-sided affair as Derrick won all the exchanges. Derrick was landing heavy shots since the beginning of the fight, and then at a perfect moment, he started to pick apart Chris before knocking him out cold with a right hand. 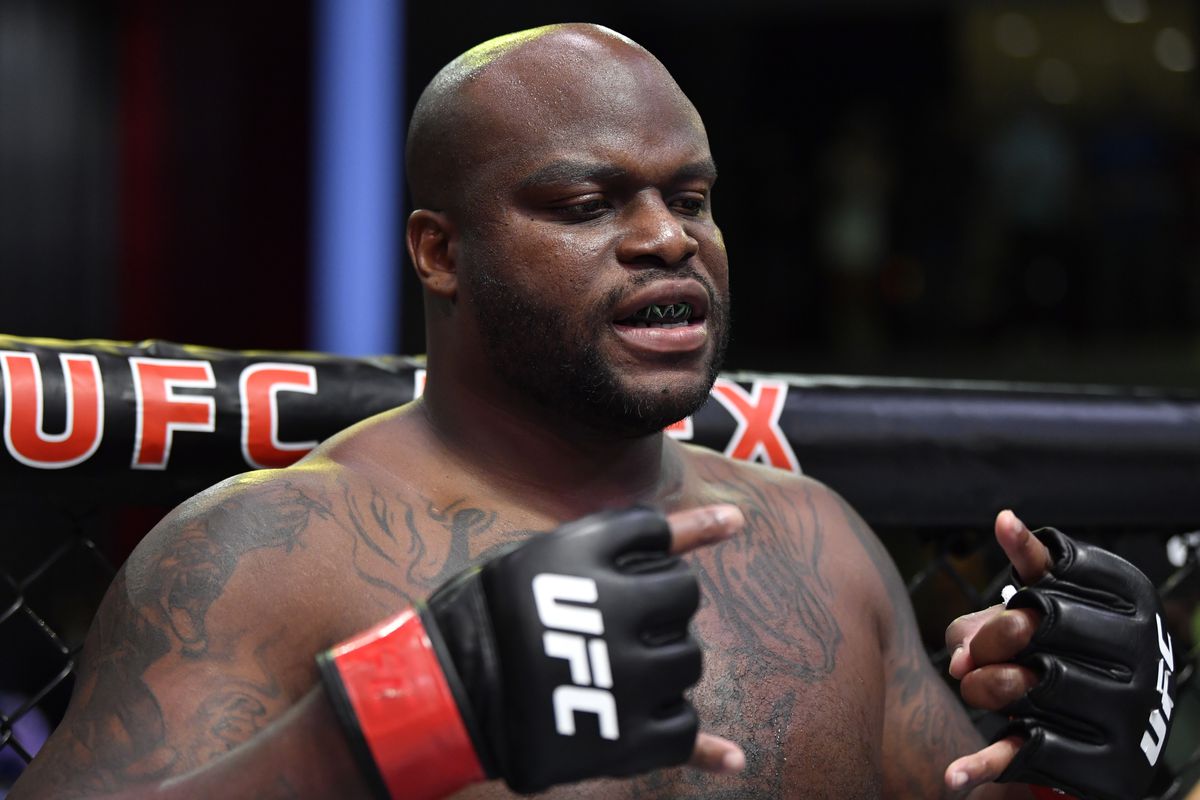 After getting his latest knockout win over Chris Daukaus, Derrick Lewis now holds the record for the most knockouts in UFC history irrespective of weight class. He has now scored 13 knockout wins in the UFC. Behind him in the list his Vitor Belfort and Matt Brown. 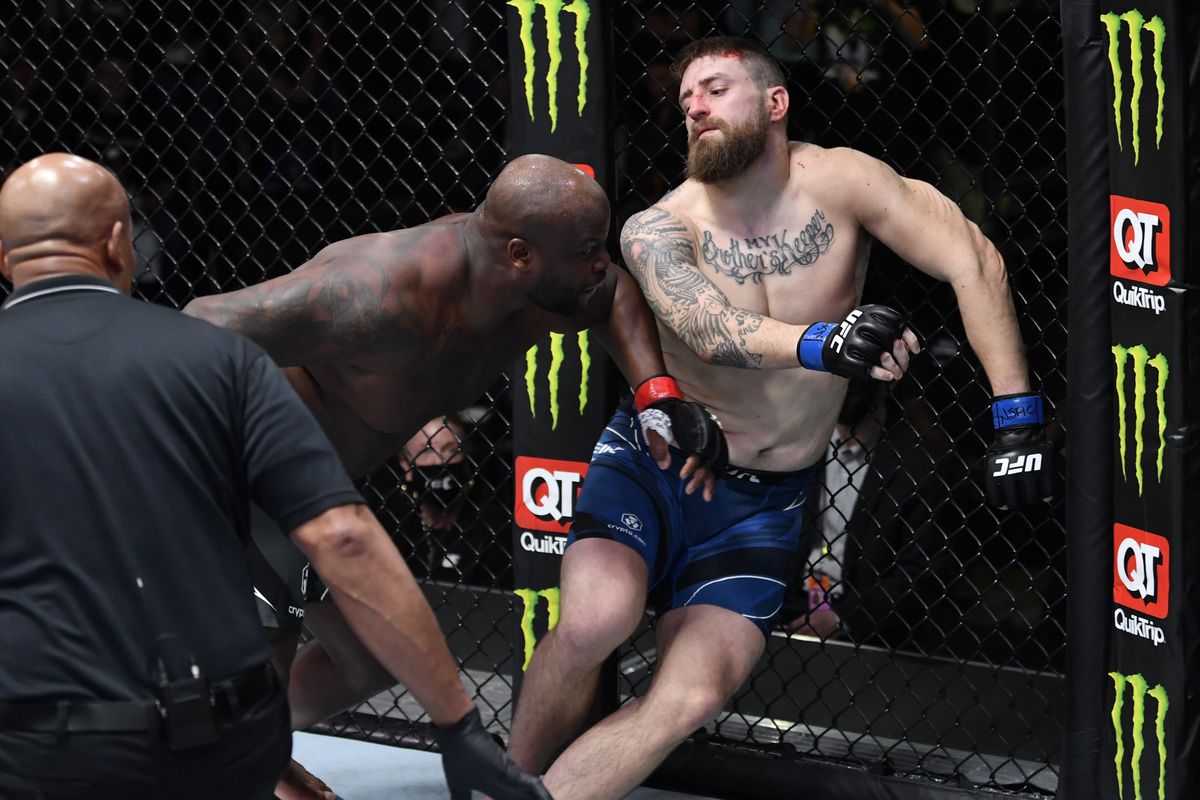 Derrick Lewis after his latest win didn’t seem to be that happy as he said that he is still thinking about his last loss against Ciryl Gane in his hometown Houston at UFC 265.

“It means something, I guess, because of all the greats that were here before me,” Lewis said in his post-fight press conference. “But it doesn’t change anything, because there’s still a lot of other guys that are active and have been doing pretty good as well.”

“I preferred to get the win in Houston [at UFC 265] than here in the APEX, so it didn’t really erase anything. I’m still going to be thinking about [the Ciryl Gane loss] late at night.”

Derrick also said he was happy to get the chance to punch Chris who is a police officer. 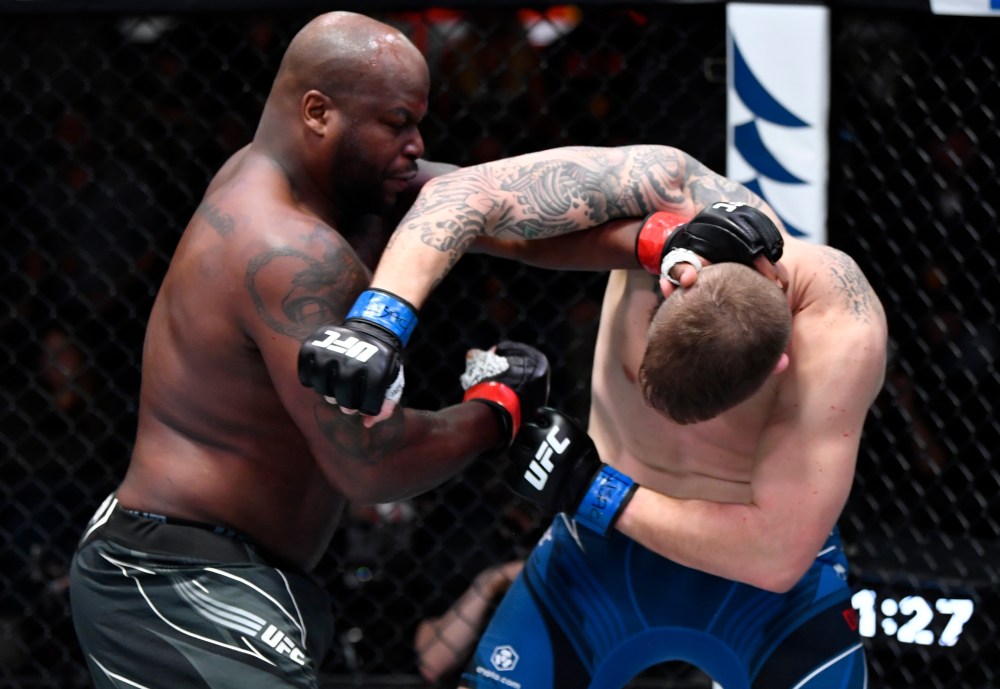 “That was for Rodney King,” Lewis said. “I’m fighting a police officer, man. Come on, man. That’s the only time you get a chance to punch a police officer in the mouth and get away with it, and then he gets up and shakes your head? Sh*t, that was a great feeling, man.”

Derrick Lewis was then questioned about his most favorite knockout to which he replied pretty quickly by saying that he loves the Alexander Volkov knockout. 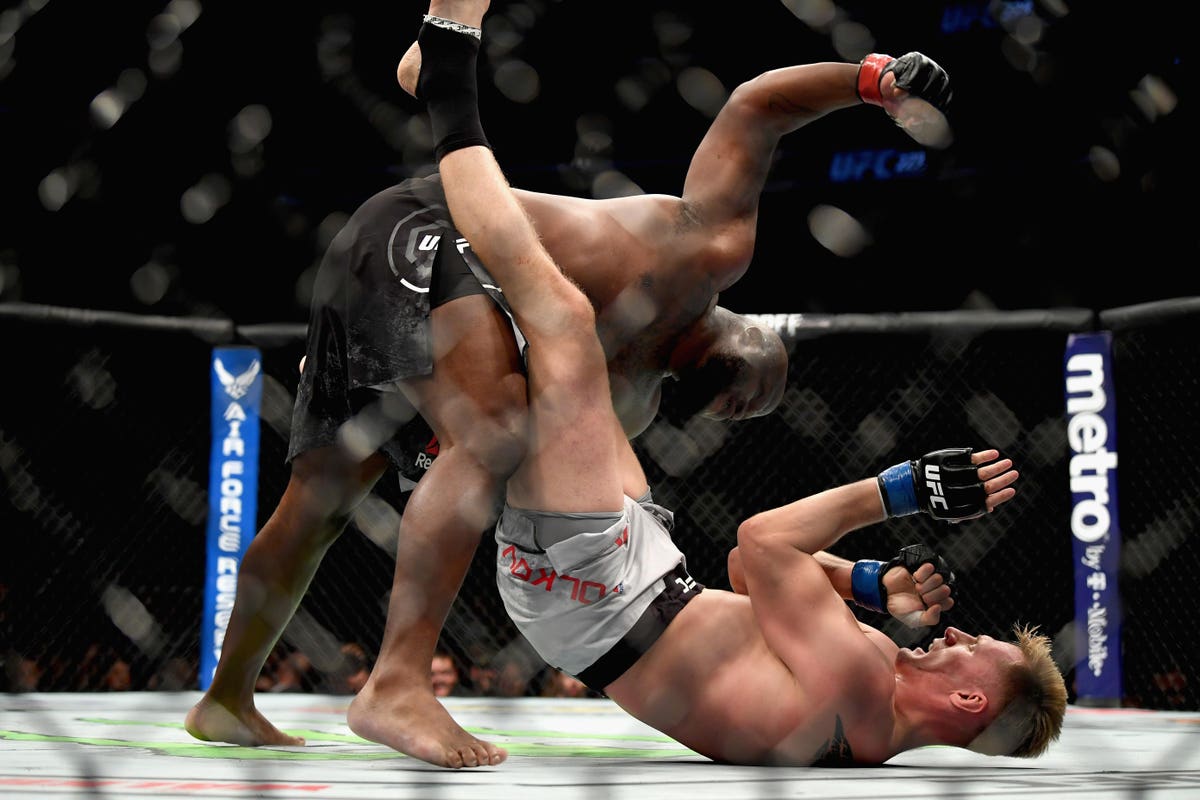 “I like the [Alexander] Volkov knockout [at UFC 229],” Lewis said. “That was pretty clutch because I was getting my cheeks clapped that whole fight, and it was good that I came in the last round — and it was a Russian guy, so it was an American going against a Russian, and I love all the Rocky movies. So basically that’s how Rocky used to fight, where he’d get whooped — damn near the whole fight he’d get whooped — then the music starts playing, then his wife starts screaming, then he’d get the knockout.”

“So basically that’s how it was, and it was just perfect.”