The top-ranked UFC heavyweight Derrick Lewis has finally opened up about his last UFC loss. Derrick Lewis last fought against Ciryl Gane at UFC 265 for the interim UFC heavyweight championship. He lost the fight via TKO in the third round. Derrick never got to get going in that fight as it was one-sided domination by Gane. Prior to that loss, Lewis was riding an amazing 4 fight winning streak. This was his second title opportunity as he previously fought Daniel Cormier for the heavyweight title and lost the fight via submission in round 2. 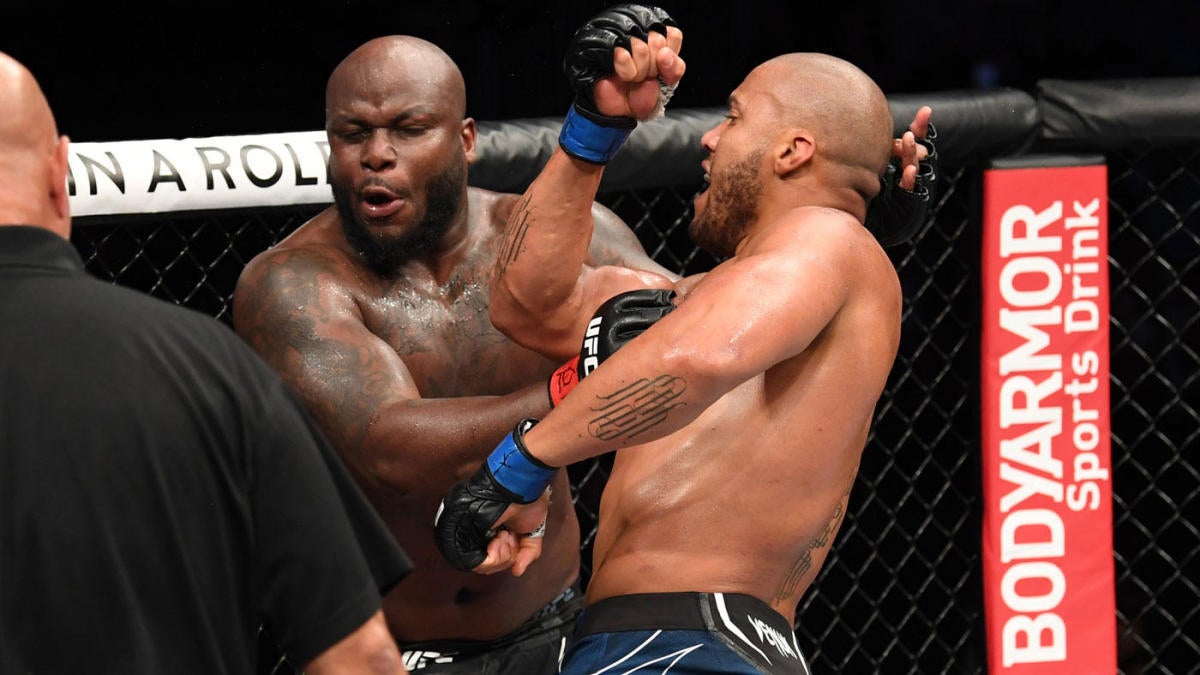 Derrick is now scheduled to fight Chris Daukaus on December 18, 2021, at UFC Fight Night 199. Ahead of his fight, Derrick Lewis was asked questions about his last fight against Ciryl Gane. Derrick Lewis then revealed the reasons behind his lousy performance against Gane.

“Man, it was just overwhelming fighting in my hometown, all that pressure I had on me,” Lewis told MMA Junkie at Wednesday’s media day at the UFC Apex. “I put all that pressure on myself, you know? It would have been 13 years since the day I got out of prison, and winning the title for the UFC heavyweight champion, it would have just – I put so much pressure on myself. It was just very nerve-racking.” 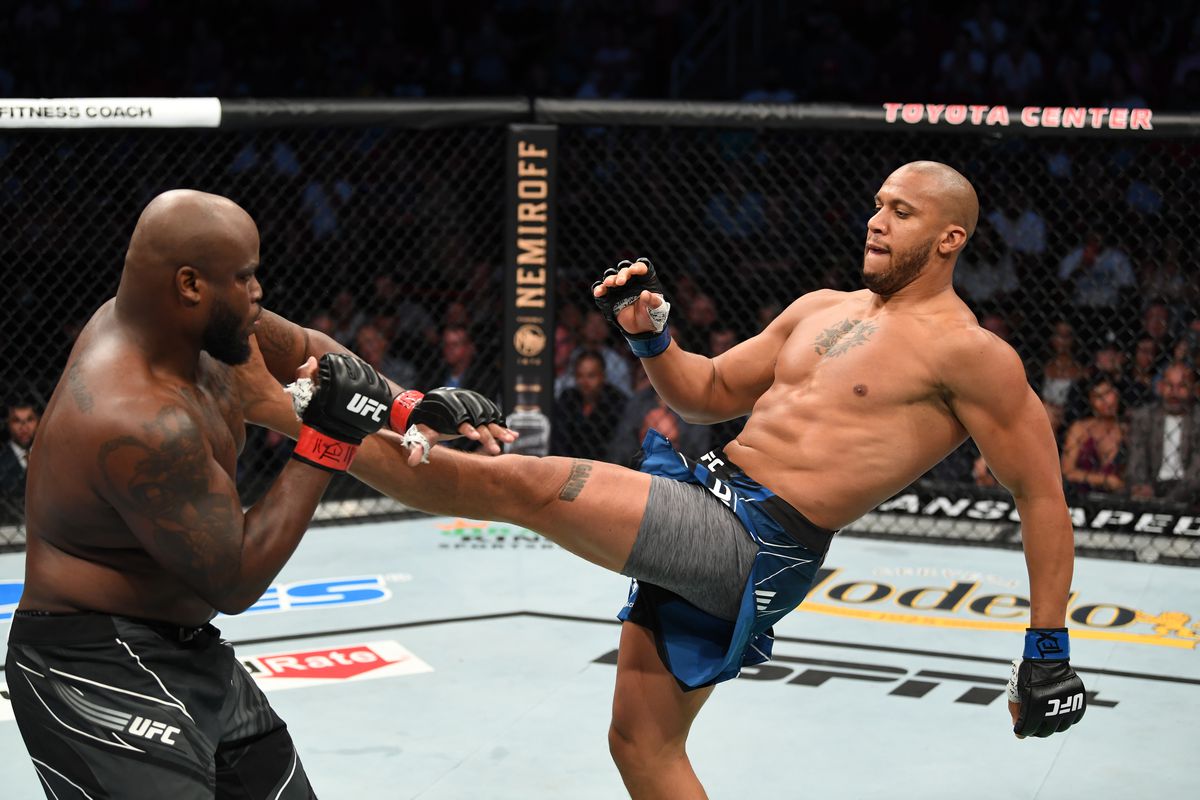 “It’s just whatever,” Lewis said. “I always tell them I don’t care who it is. It’s going time, no matter what it is.”

Derrick Lewis says that he usually has no idea of his opponents.

“Experience don’t mean anything,” Lewis said. “Most fighters go into a fight really just focused on one thing: just winning. So all the outside and noise really doesn’t matter. … We’re heavyweights, so anything can happen. Anything, any slip-up or anything can happen.”

Derrick Lewis has plans to fight for the title one more time by the end of the new year. He also said that if he wins his next fight against Chris Daukaus then he would like to challenge former UFC heavyweight champion Stipe Miocic next. 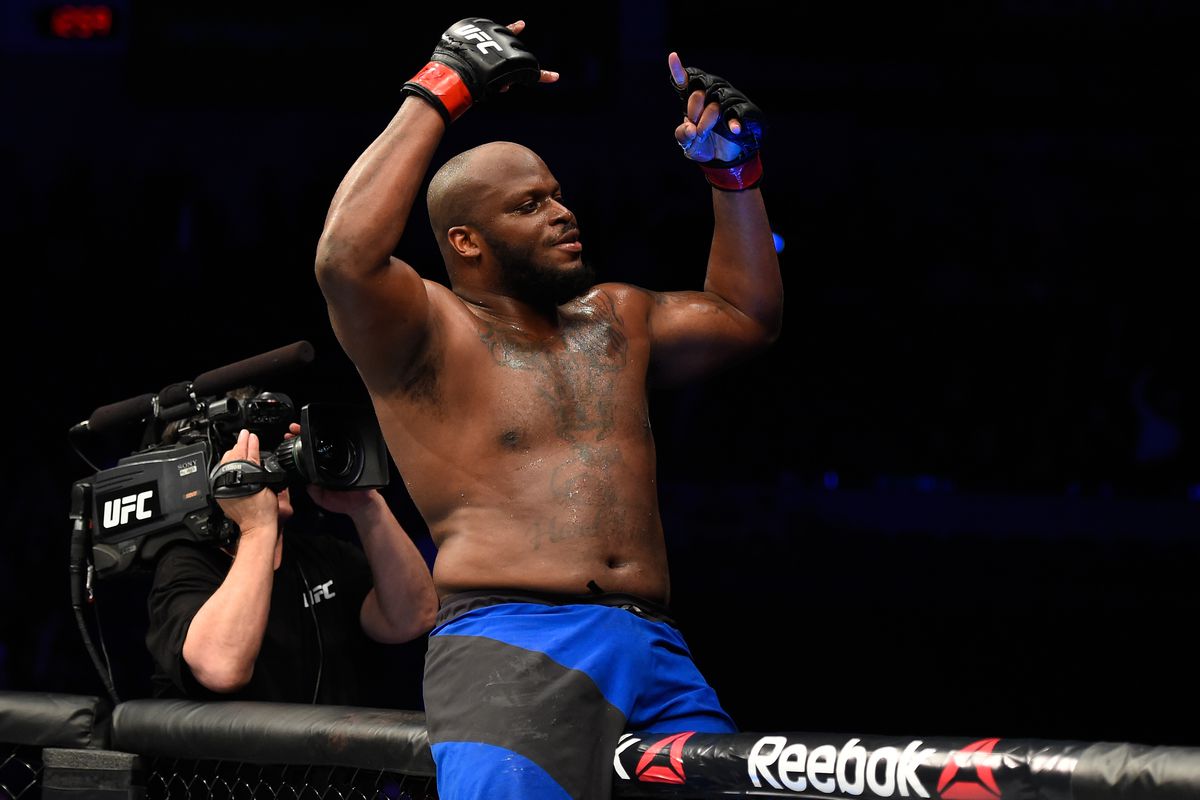 “I would like to fight for the title at the end of next year,” Lewis said. “That would be great. You know, get through Daukaus, God willing, I come out with the win, I would like to fight Stipe next. I believe he’s top five, so I believe that I should be fighting top-five guys in the division. Nothing against Stipe or nothing like that.”

“You know, I don’t feel like I have nothing to prove. It’s just a guy that I’ve never fought. I know he’s like one of the best of all time. You know, I ain’t sh*t, so I just want to just fight him just because. That’s all. No disrespect or anything like that.”